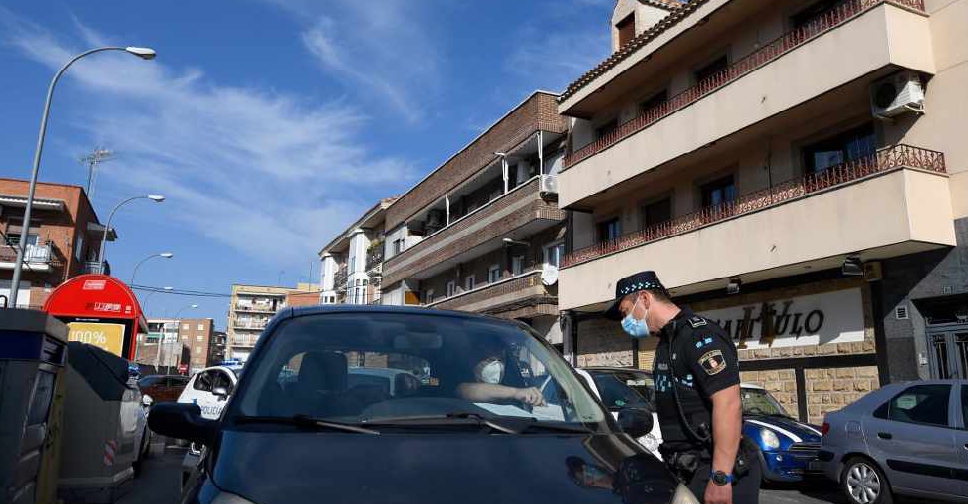 Madrid will become the first European capital to go back to lockdown on Friday night as some 4.8 million residents of Spain's capital and nine satellite towns will be barred from leaving due to the resurgent coronavirus.

Restaurants and bars will shut earlier and slash capacity by half in Europe's worst infection hotspot.

The new restrictions, to start at 10:00 pm (2000 GMT), were not as strict as the previous lockdown from March, when people were barred from leaving their homes.

Still, residents were anxious and exasperated at the political wrangling between central and regional government.

The conservative-led Madrid area authority reluctantly complied with the order from the Socialist-led central government to ban travel except for school, work, health or shopping.

Famous for its late-night carousing and usually lively tourist flow, Madrid is also seeing a curfew for bars and restaurants moved to 11:00 pm from 1:00 am. Restaurants, gyms and shops are having capacity cut by half.

"We are obliged to start this from today," senior Madrid regional official Enrique Lopez told a news conference, apologising to Madrid residents for uncertainty of past days while blaming the central government.

The measure widens a confinement already in place in poorer parts of the city with high infection rates.

Various others of Europe's busiest cities have tightened measures in past days, including limiting numbers in restaurants and making face masks compulsory in more place, to counter the resurgence of coronavirus cases.

But none have gone as far as Madrid.

Madrid region head Isabel Diaz Ayuso opposes the restrictions and has launched a legal appeal. She is worried about economic damage and accuses the central government of exceeding its prerogatives by ordering the measures.

With Madrid's international airport Barajas staying open, Diaz Ayuso tweeted her anger at the prime minister: "From tomorrow one will be able to get to Madrid from Berlin but not from Parla. Thanks for the chaos, Pedro Sanchez."

Parla is a periphery town south of Madrid.

In its appeal, the region argues that the measures do not adequately fight the pandemic and would cost 750 million euros ($879 million) per week to the local economy.

With 850 cases per 100,000 people, according to the World Health Organization, the Madrid area has Europe's worst rate.