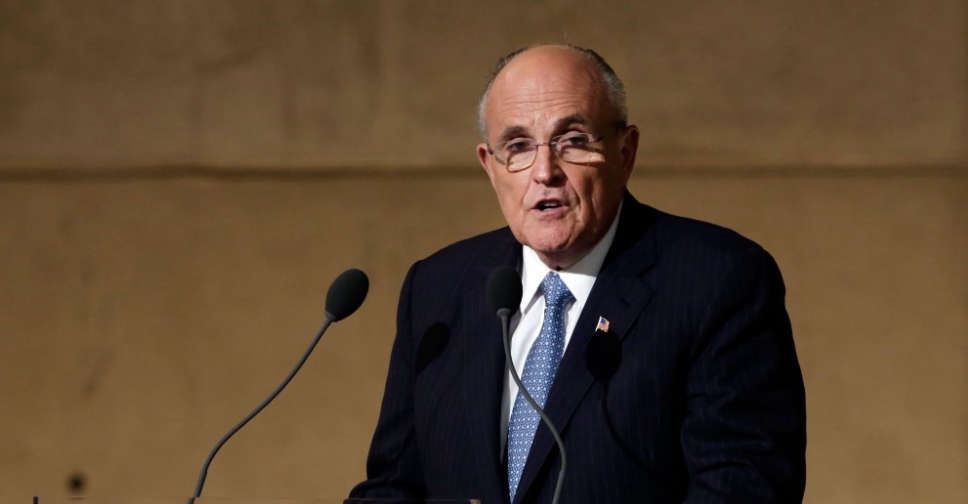 Rudy Giuliani, former President Donald Trump's personal lawyer who helped lead challenges to the 2020 election results, said on Monday that he is a target in a criminal probe in Georgia examining attempts by Trump and his allies to overturn the election.

Giuliani is scheduled to testify on Wednesday before a special grand jury in Fulton County, encompassing most of Atlanta, after a judge ordered him to comply with a subpoena.

During a daily talk show he hosts on WABC radio in New York, Giuliani claimed the investigation is politically motivated and said Atlanta is "well known for corruption," without elaborating.

In an interview with Reuters, Costello said prosecutors informed Giuliani's lawyers on Monday afternoon that he was a target. He said Giuliani would refuse to answer any questions about Trump that would violate attorney-client privilege.

The Fulton County probe began after a January 2021 recorded phone call in which Trump urged the state's top election official to "find" enough votes to alter the outcome. The former president has repeatedly asserted falsely that he won Georgia, as well as the 2020 presidential contest.

The special grand jury was convened in May at the request of county District Attorney Fani Willis, in part due to its subpoena power.

Giuliani, a former crime-fighting U.S. Attorney and the former mayor of New York City, was among several Trump advisers and lawyers who received subpoenas from the grand jury last month, including U.S. Senator Lindsey Graham of South Carolina.

A federal judge on Monday ruled that Graham, a close Trump ally, must testify before the grand jury about phone calls he made to the same official, Georgia Secretary of State Brad Raffensperger, who received Trump's January 2021 call.

"The court finds that the District Attorney has shown extraordinary circumstances and a special need for Senator Graham's testimony on issues relating to alleged attempts to influence or disrupt the lawful administration of Georgia's 2022 elections," U.S. District Judge Leigh Martin May wrote in an order.

In a statement, Graham said that the phone calls were undertaken as part of his constitutionally protected legislative duties and that he would appeal the decision.

In court filings, prosecutors have said Graham explored the possibility of re-examining absentee ballots in calls that "certainly appear interconnected" with Trump's efforts to reverse the election outcome.