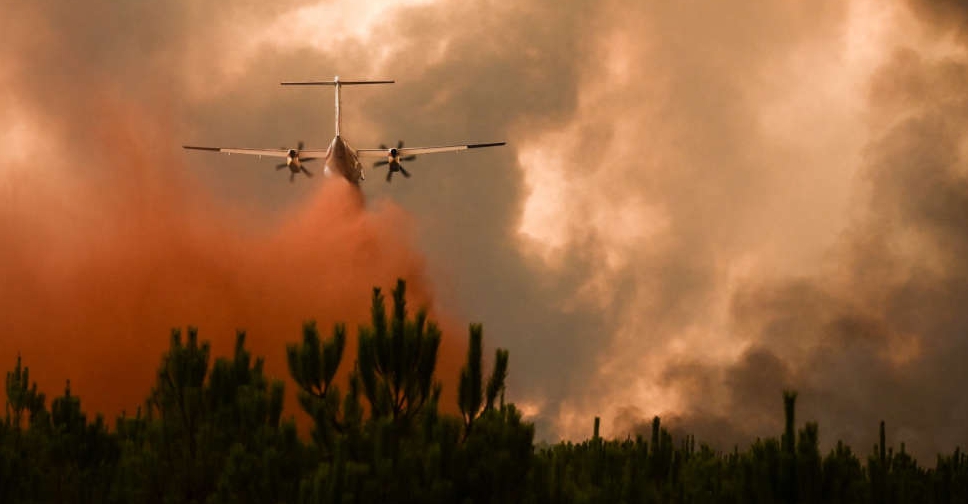 More than 1,000 firefighters backed by water-bombing aircraft battled a "monster" wildfire near France's Bordeaux for a third day on Thursday, with no let-up in blistering temperatures seen before the weekend.

The fire in the Gironde region, one of several major blazes burning in France, has forced thousands of people from their homes, destroyed more than a dozen properties and scorched more than 6,800 hectares of forest.

"It's an ogre, it's a monster," Gregory Allione from the French firefighters body FNSPF told RTL radio.

The Gironde wildfire is one of many that have broken out across Europe this summer, triggered by heatwaves that have baked the continent and brought record temperatures.

Prime Minister Elisabeth Borne was due to visit the area later.

The Gironde was hit by major wildfires in July which destroyed more than 20,000 hectares of forest and temporarily forced almost 40,000 people from their homes.

"It's a disaster, economically, ecologically, it's awful," Jean-Louis Dartiailh, the mayor of Hostens, a small town close to the fire, told Radio Classique. "The area is totally disfigured. We're heartbroken, we're exhausted."

France is in the grip of its worst drought on record, with a fourth heatwave of the summer sweeping across the country this week.

More than 57,200 hectares have gone up in flames so far in France this year, nearly six times the full-year average for 2006-2021, data from the European Forest Fire Information System shows.