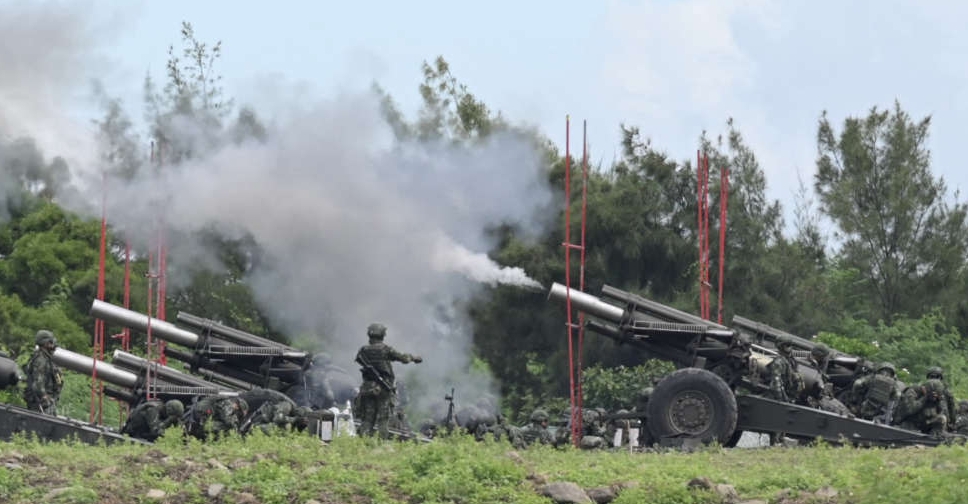 Chinese navy ships remained active off both Taiwan's east and west coasts on Wednesday morning, a source briefed on the matter told Reuters, as Beijing kept up military drills in protest against last week's visit to the island by US House Speaker Nancy Pelosi.

A furious China has extended its largest-ever exercises around the self-ruled island it claims as its own beyond the originally scheduled four days. The drills last week have included ballistic missile launches, some of which flew over the island's capital Taipei, and simulated sea and air attacks in the skies and seas surrounding Taiwan.

Video released by Chinese state broadcaster CCTV on Wednesday showed Chinese fighter jets scrambling and refuelling while airborne, as well as navy ships on what it said were drills around Taiwan.

The Eastern Theatre Command of the Chinese People's Liberation Army said the drills were focused on blockades and resupply logistics, "under a complex electromagnetic environment to refine joint containment and control capabilities", according to CCTV.

About 20 Chinese navy and Taiwan navy ships remained close to the median line of the Taiwan Strait, an unofficial buffer separating the two sides, as of Wednesday morning, a source briefed on the matter told Reuters.

Several other Chinese ships continued to conduct missions off Taiwan's eastern coast, according to the source, who spoke on the condition of anonymity.

Taiwan's foreign minister said on Tuesday that China was using the military drills as a game-plan to prepare for an invasion of the self-ruled island.

"It is conducting large-scale military exercises and missile launches, as well as cyberattacks, disinformation, and economic coercion, in an attempt to weaken public morale in Taiwan," Joseph Wu said on Tuesday, without providing evidence or offering a timetable.

"After the drills conclude, China may try to routinise its action in an attempt to wreck the long-term status quo across the Taiwan Strait."

Pelosi, a long-time China critic and a political ally of President Joe Biden, visited Taiwan last week on the highest-level visit to the island by an American official in decades, despite Chinese warnings. She said her visit showed unwavering US commitment to supporting Taiwan's democracy.

China says its relations with Taiwan are an internal matter and it reserves the right to bring the island under its control, by force if necessary. Taiwan rejects China's claims, saying only Taiwan's people can decide their future.

Washington was sticking to its assessment that China would not try to invade Taiwan for the next two years, a Pentagon official said on Monday.

Taiwan's Defence Ministry on Wednesday released a video showing its armed forces on exercises, saying its military is “at the ready keeping our country safe” and China had not stopped its “incursions” in areas near Taiwan.

Taiwan troops were guarding their posts “24-7” and have increased their alertness level, the ministry said, following the guidelines of “defending median line, defending territorial waters and defending sovereignty” to maintain the status quo.