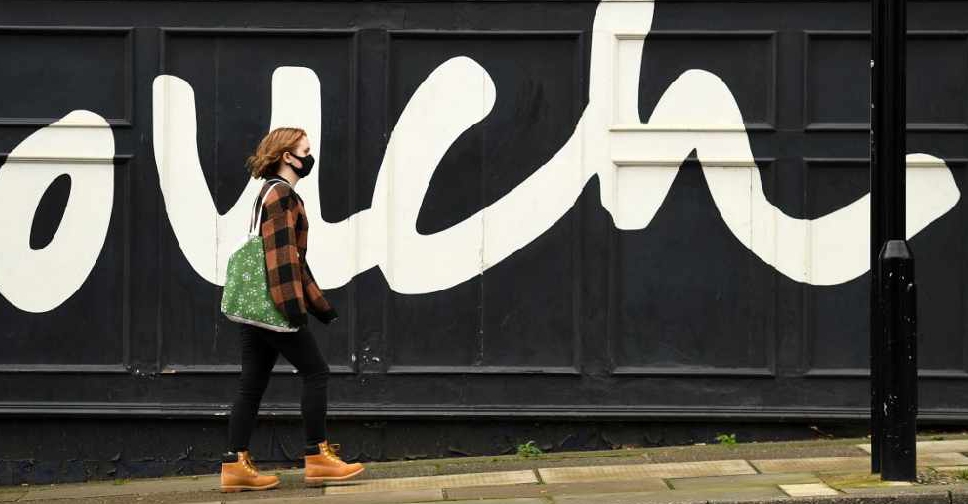 Britain resisted pressure on Thursday to impose a second nationwide lockdown after France and Germany ordered sweeping restrictions on social life to contain a surge in coronavirus infections.

Prime Minister Boris Johnson's government has so far tried to avoid a nationwide lockdown, opting instead for a tiered system of local controls intended to tighten measures in affected regions while leaving others less restricted.

A new study by Imperial College in London underlined the dire situation facing Britain, the country with the largest number of coronavirus deaths in Europe, showing cases in England doubling every nine days.

Steven Riley, the author of the study, said the government should decide quickly if it wanted to follow France and Germany.

"And sooner is better than later for these," Riley, a professor of infectious disease dynamics, told the BBC.

However, Housing Minister Robert Jenrick said he did not think it was inevitable that the UK would follow France and Germany in imposing nationwide restrictions.

"The judgement of the government today is that a blanket national lockdown is not appropriate, would do more harm than good," he told Times Radio.

Europe's economies were plunged into their deepest recession on record by the blanket lockdowns imposed at the start of the crisis in March and April and the latest restrictions have snuffed out the faint signs of recovery seen over the summer.

Financial markets steadied somewhat on Thursday after a brutal selloff a day before as the prospect of a double-dip recession came ever more clearly into view.

Governments have been desperate to avoid a repeat of the spring lockdowns but have been forced to move by the speed of new infections and a steadily increasing mortality rate across the continent.

While the French and German lockdowns will leave schools and most businesses open, they severely restrict social life by closing restaurants, cinemas and the like and impose strict limits on people's movements.

"We are in a dramatic situation at the start of the cold season. It affects us all, without exception," she told the Bundestag lower house of parliament, adding new restrictions to reduce social contact were "necessary and proportionate".

However, she warned of difficult months ahead and said: "The winter will be hard."

After heavy criticism of a lack of coordination and planning in the initial phase of the crisis, European Union leaders aim to make progress on common testing and vaccination strategies at a video conference on Thursday.

The latest surge in new cases has put Europe back at the centre of the global pandemic, which has so far seen more than 44 million infections and 1.1 million deaths worldwide.

According to figures from the World Health Organisation this week, the region accounted for almost half of new global infections in the previous seven days.

The United States has also seen a surge in new coronavirus cases in the run-up to next week's presidential election, with more than 80,000 new cases and 1,000 deaths reported on Wednesday.

By contrast, many Asian countries have begun to relax controls as the disease has been brought under control, with Singapore announcing it would ease restrictions for visitors from mainland China and the Australian state of Victoria.