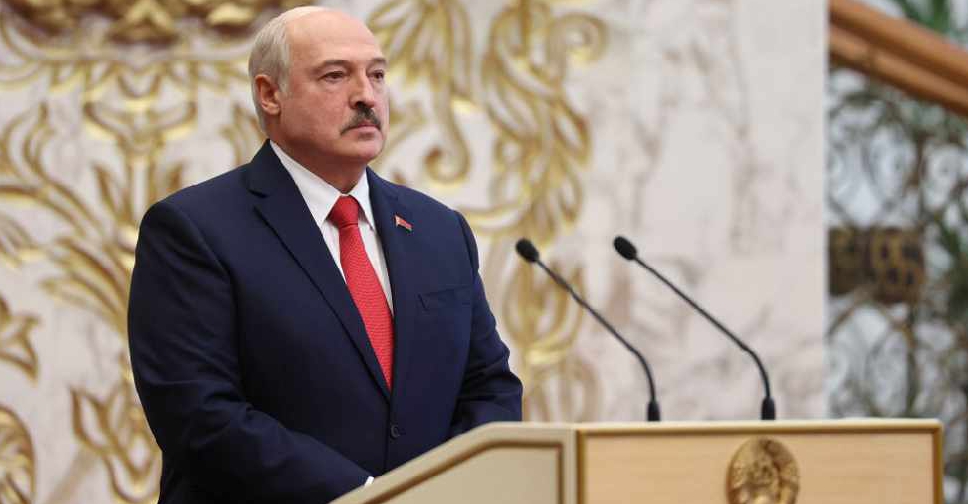 President Alexander Lukashenko's government announced that it had drawn up a list of people banned from entering Belarus in retaliation for sanctions imposed by the European Union on Friday.

After hours of summit talks, EU member states agreed to sanction about 40 Belarusian officials accused of rigging the August 9 presidential election that handed Lukashenko a sixth term and sparked a wave of mass protests and strikes.

Belarus did not name the officials on its sanctions list or which countries they were from.

The two-month-old crisis has pushed Lukashenko back towards traditional ally Russia, which has propped up Belarus with loans and an offer of military support. Both have accused the West of meddling in Belarus.

Lukashenko and Russian President Vladimir Putin spoke by phone on Friday, expressing confidence that "the problems that have arisen will soon be resolved", the Kremlin said.

The EU sanctions had been held up by Cyprus due to an unrelated dispute with Turkey. The delay dented the credibility of the EU's foreign policy, diplomats said.

"That we could now agree to those sanctions is an important signal because it strengthens the hand of those who are protesting for freedom of opinion in Belarus," German Chancellor Angela Merkel told journalists.

Merkel will meet on Tuesday with Sviatlana Tsikhanouskaya, Lukashenko's main electoral opponent who fled into exile after the vote in the ex-Soviet republic, fearing for her family's safety. Lukashenko denies doctoring the election result.