Back on campaign trail, Trump says he feels 'powerful' after COVID recovery 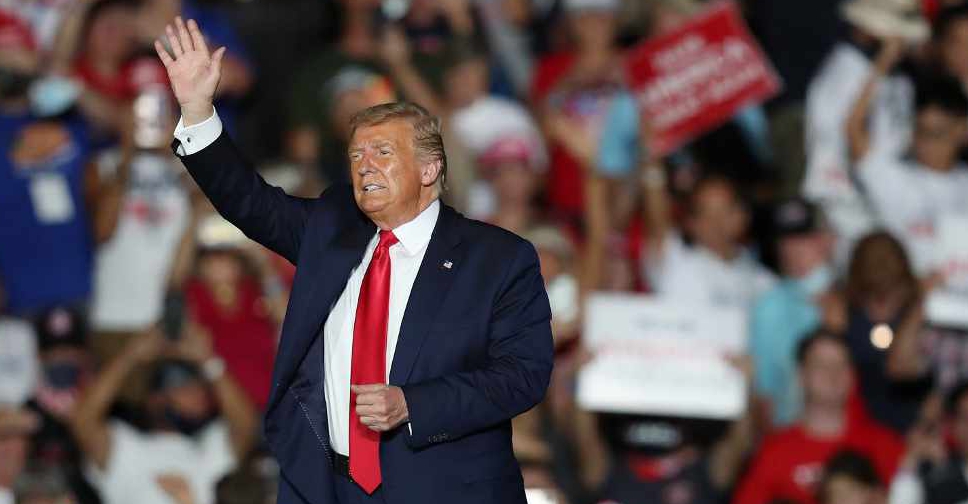 US President Donald Trump returned to the campaign trail on Monday for the first time since he announced his COVID-19 diagnosis.

He arrived at the outdoor rally in Sanford, Florida, the first of six planned for this week, without a protective mask. He tossed out masks to thousands of supporters standing shoulder to shoulder, most without protective face coverings, and repeatedly talked about his recovery from the coronavirus.

"I went through it now. They say I'm immune. I feel so powerful," Trump told the crowd during his hour-long remarks.

Trump's return to his signature campaign rallies kicked off a three-week sprint to the November 3 election. The Republican president, 74, is seeking to change the dynamics of a race that national opinion polls and some key state polls show he is losing to Biden, who is 77.

The airport rally in Sanford indicated that Trump had not reshaped his campaign approach or outlook since contracting the coronavirus, which has infected more than 7.8 million people in the US, killed more than 214,000 and put millions out of work.

He told supporters that coronavirus safety lockdowns had done great damage to the economy and were too drastic.

"It's risky, but you gotta get out," he told supporters, who chanted: "We love you."

Critics have faulted Trump for failing to encourage supporters at campaign events, and White House staff, to wear protective masks and abide by social-distancing guidelines. At least 11 close Trump aides have tested positive for the virus.

As Trump was holding his rally, top US infectious disease expert Anthony Fauci told CNBC the United States faced a "whole lot of trouble" if it did not encourage universal wearing of face masks and avoid mass gatherings.

Trump's rally came hours after the White House said he had tested negative for COVID-19 on consecutive days and was not infectious to others. They were the president's first negative COVID-19 tests announced by the White House since Trump said on October 2 that he contracted the virus.

In a memo, Dr. Sean Conley did not say when the tests were conducted but that they and other clinical and laboratory data "indicate a lack of detectable viral replication".

On Sunday, Trump's assertion that he was now immune to the virus, made without evidence, drew a flag from Twitter for violating the social media platform's rules about misleading information related to COVID-19. Scientific research has been inconclusive on how long people who have recovered from COVID-19 have antibodies and are protected from a second infection.