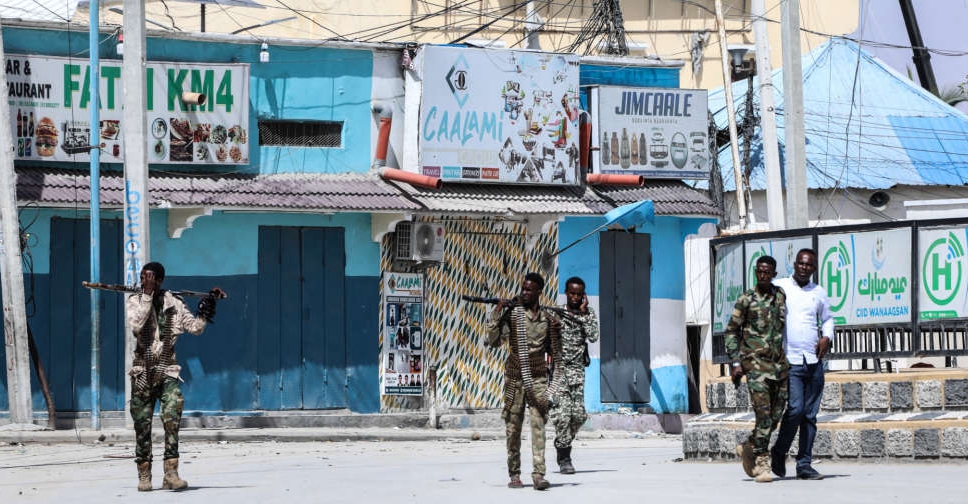 Somali forces have ended a deadly siege at a hotel in the capital Mogadishu which saw more than 20 people killed and dozens of hostages freed, authorities said on Sunday.

Elite armed forces in the Horn-of-Africa nation battled al Qaeda-linked militants for 30 hours, after the jihadists blasted and shot their way into the Hayat Hotel on Friday evening.

"We have confirmed so far 21 dead people and 117 others injured," Ali Haji, the minister for health, told national broadcaster SNTV.

The al Qaeda-linked al Shabaab group, which has been fighting to topple the Somali government for more than a decade, claimed responsibility for the attack.

Friday's attack at the Hayat, a hotel popular with lawmakers and other government officials, was the first major incident since President Hassan Sheikh Mohamud took office in May.

"This was the worst hotel siege we have seen," said Ahmed, a police captain who only gave one name.

The attackers shot and killed civilians who fled towards the wall of the hotel compound and its blown-up gate after they struck, Ahmed said, adding that they killed 10 security personnel with firearms and grenades.

Aden Ali, a survivor, told Reuters that he was drinking a cup of tea at the hotel when he heard the first blast. He ran towards the compound wall with others as the militants fired at them.

"We were many on the run, over a dozen. When I went out of the hotel, I could see eight of us. Maybe the rest died in the shooting," Ali said.

Another group of people in the hotel fled to an upper floor, where they were killed by the militants who first blew up the stairs to prevent escape, Ali said.

Security forces managed to free some of those who locked themselves in their rooms in the upper floors after several hours, he said.

Some 106 people were freed, including women and children, a senior police commander said. There was no immediate information on the number of assailants involved in the attack.

Residents were milling around the bombed out hotel on Sunday, although another official had earlier told Reuters that mop-up operations were still going on at the building, which suffered extensive damage.

"We are still investigating the explosions of many plastic bags that have been scattered around the hotel," said Mohamed Ali, a military officer at the scene.