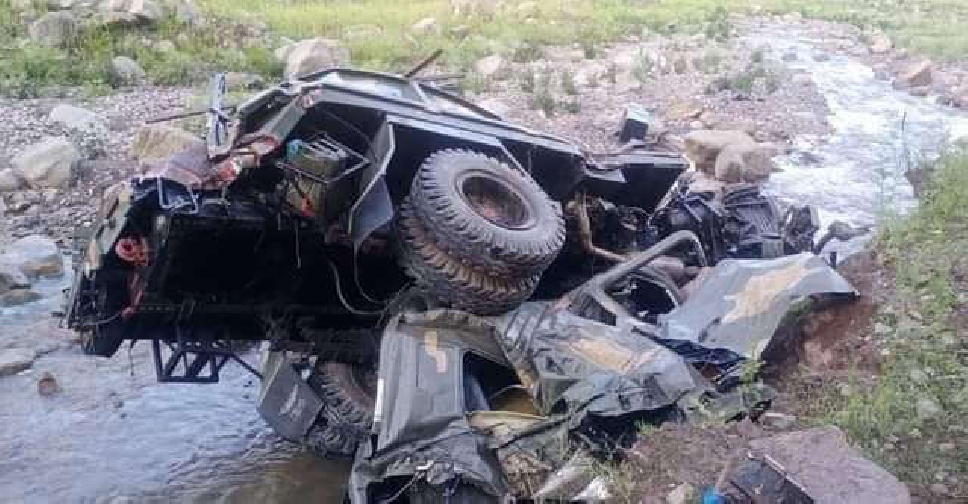 At least nine Pakistani soldiers were killed and four injured when their truck plunged into a ravine in Pakistan-administered Kashmir on Sunday morning, military and witnesses said.

The truck, part of a military convoy, was heading towards Mang Bajri in Bagh district of Pakistani Kashmir when the occurred near Shujaabad, some 12 kilometres before its destination, at about 4 a.m. on Sunday, military officials said.

"There were with 13 soldiers, including the driver, on board the truck and seven of them died on the spot while the rest were injured," a military official said on condition of an//onymity as he was not authorised to speak to media.

The injured were evacuated to a hospital in Rawalakot, where two of them succumbed to their wounds, he said.

Local police said the truck fell 150 metres down the ravine.

Road accidents frequently occur in the hilly areas of Pakistani Kashmir and are mostly blamed on narrow roads with negligible safety measures as well as careless driving.