A guy on Instagram posted a picture of who he sat next to at a screening of Top Gun : Maverick:  it was Kanye West.   If you notice, the girl Kanye’s sitting with isn’t the woman he’s been seeing for the past couple months - a Kim Kardashian-seque girl named Chaney.  And sure enough, according to TMZ, they broke up a while ago.

Adam Sandler showed up to "Good Morning America" with a black eye, and instead of trying to hide it with make-up, he wore it with pride, and explain what happened.

Johnny Depp posted his first TikTok, and in it he thanked his fans for their support. Johnny got 4 million new followers on TikTok following the defamation trial against his ex-wife Amber Heard.   Through a spokesperson, Amber responded to his post, saying "As Johnny Depp says he's 'moving forward,' women's rights are moving backward," a spokesperson for Heard tells E! News. "The verdict's message to victims of domestic violence is...be afraid to stand up and speak out."

To all of my most treasured, loyal and unwavering supporters. We’ve been everywhere together, we have seen everything together. We have walked the same road together. We did the right thing together, all because you cared. And now, we will all move forward together. You are, as always, my employers and once again I am whittled down to no way to say thank you, other than just by saying thank you. So, thank you. My love & respect, JD 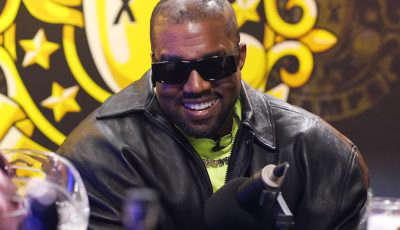