The defamation case of Depp V Heard continues . An agent for Johnny Depp and Amber Heard was on the stand in court last night. ﻿ Christian Carino, who represented the couple while they were married testified that while she was seeing Elon Musk, she still wanted to reconcile with Johnny.

A talent agent discussed the relationship #AmberHeard once had with Tesla founder #ElonMusk. @LawCrimeNetwork pic.twitter.com/n8C9aItDTG

We’re getting new Lady Gaga music. Gaga announced that she’s going to have a song on the “Top Gun: Maverick” soundtrack. That film starting Tom Cruise comes out on May 27. The song “Hold My Hand” comes out May 3.  In a tweet about the new song, Gaga got pretty deep:

When I wrote this song for Top Gun: Maverick, I didn’t even realize the multiple layers it spanned across the film’s heart, my own psyche, and the nature of the world we’ve been living in. I’ve been working on it for years, perfecting it, trying to make it ours. pic.twitter.com/1GReWGW8Ql 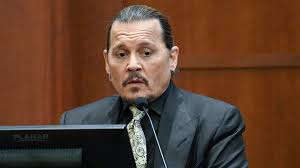