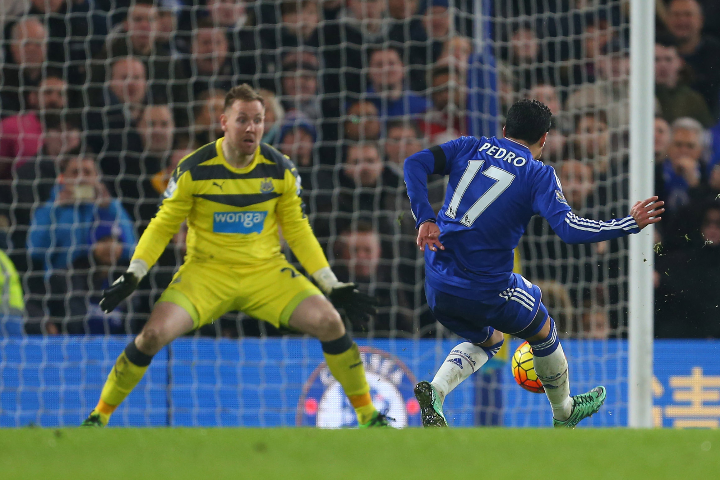 Chelsea stretched their unbeaten Premier League run to 10 games, with a 5-1 thrashing of Newcastle. The Blues came flying out of the traps and were three-up within 17 minutes, thanks to goals from Diego Costa, Pedro and Willian. Pedro got his second on the hour mark and Bertrand Traore made it five, before Andros Townsend got a late consolation for the visitors. Meanwhile, Manchester United’s good recent form came to an end, as they went down 2-1 at Sunderland. Wahbi Khazri’s free kick gave the hosts an early lead, before Anthony Martial levelled matters with a smart chip from close range. However, Lamine Kone's header deflected in off David de Gea, giving the Black Cats a crucial three points in their battle against relegation.Norwich climbed out of the bottom-three after a 2-2 draw with West Ham, but will be disappointed with that result, having led 2-0. Swansea and Bournemouth will be looking over their shoulders, as defeats leave them just three and four points above Norwich respectively. The Swans went down 1-0 at home to Southampton, whilst the Cherries lost 3-1 to Stoke. Elsewhere, Everton lost 1-0 at home to West Brom, despite dominating possession (76% - 24%) and shots (34 - 5), and Watford won 2-1 at Crystal Palace.