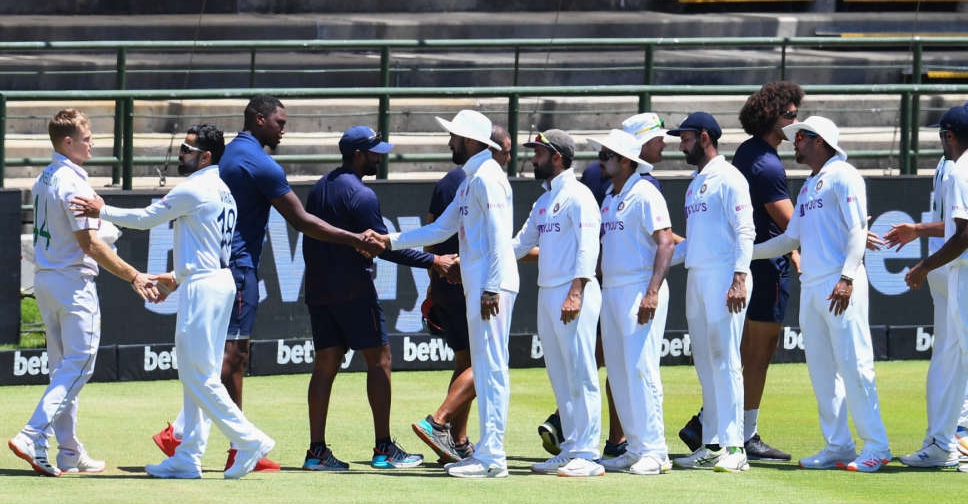 Keegan Petersen scored a superb 82 as South Africa completed a seven-wicket victory in the third test and a 2-1 series win over India.

The hosts chased down their challenging target of 212 on day 4 on Friday.

It is just the fourth time in 133 years that a team has scored more than 200 in Cape Town to win, and follows on from South Africa's epic seven-wicket victory in Johannesburg in the second test when they needed 240 in the fourth innings.

Petersen, who was the leading scorer in the series with 276 runs, was the anchor for the home side, but there were also important unbeaten contributions from Rassie van der Dussen (41) and Temba Bavuma (32) as they put on 57 for the fourth wicket.

The result means India are still in search of a first test series victory in South Africa having had high hopes when they won the opening match.

"It was a very hard-fought series, but I think South Africa did amazingly well to fight back in the second test and then capitalise on the same momentum in the third," India captain Virat Kohli said at the post-match presentation.

"I think in both tests they won they were much more clinical with the ball in the crunch moments, and to be honest there was a bit of a lapse of concentration from us as well, which cost us. They were deserving winners at the end."

South Africa, who were underdogs for the series despite home advantage with their inexperienced side, had started the day on 101 for two and had plenty of alarms on the difficult pitch against the high-quality Indian seamers, who might have had more reward with better luck.

India were left hugely frustrated by the technology used for dismissal referrals and might have talked themselves into some trouble with their deliberate on-field comments into the stump microphones.

Skipper Dean Elgar believes the win is an important step forward for his side, who have lost a host of experienced players to retirement in recent years.

"I'm pretty elated. I couldn't be prouder of the group of players," he said. "We were thrown under the sword quite a few times in this series and the guys responded brilliantly."

"The way our bowling unit came in and operated through the last two games has been brilliant. To take 60 wickets in a test series is a tough challenge."

"We have a young, talented group. The experience isn't there, but we are gaining it and getting better every day."

The teams will now play three One-Day Internationals starting in Paarl on Wednesday.