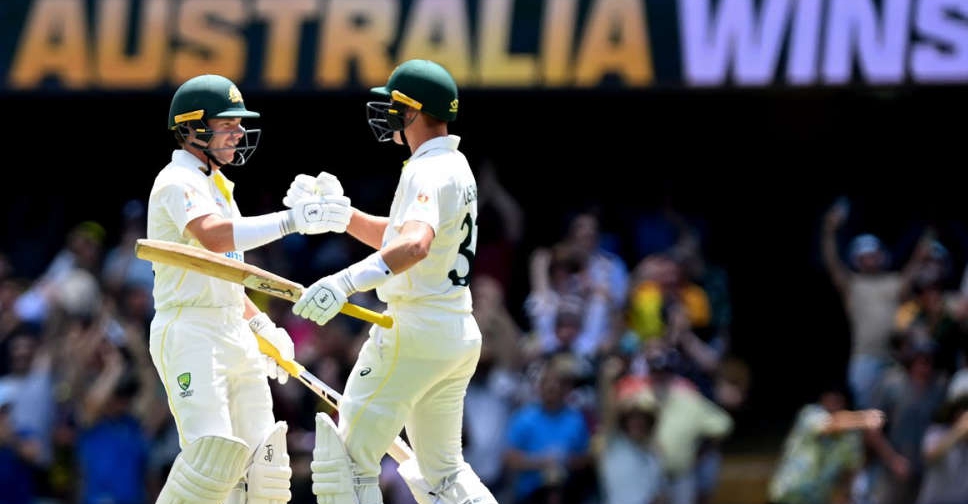 Nathan Lyon captured a long-awaited 400th test victim and spun Australia to a nine-wicket victory in the first Ashes test in Brisbane on Saturday.

England lost eight wickets in a stunning morning collapse at the Gabba on day four.

Pat Cummins’ team dominated England with bat, ball and in the field and head to the day-night second test in Adelaide with huge momentum as well as a 1-0 lead in the five-match series.

The tourists, meanwhile, will be left to pore over their failings in Brisbane, with question marks hanging over their selections and tactics, and with few ready solutions for the batting woes ruthlessly exposed by Australia.

Cummins, in his first match as skipper, said he thought someone was smiling over him.

“A lot of things did go right, probably from the toss,” he added.

“I thought it was a really complete performance. The bowlers did their thing on day one. I was really happy how everyone stuck to it. We turned up today and we were still ahead of the game.”

Resuming on 220 for two with the match still within their grasp, England lost their last eight wickets for 77 runs to be bowled out for 297 by lunch, leaving Australia needing only 20 runs to win.

England paceman Ollie Robinson dismissed wicketkeeper Alex Carey, who stood in for the injured David Warner, for nine but Marcus Harris (nine not out) hit Mark Wood to the fence to wrap up the match.

England captain Joe Root was disappointed his side could not build on their positive end to day three when he and Dawid Malan combined in a big partnership to drag them back into the match.

“Frustration,” he said. “We worked really hard to get ourselves back in the game last night. It’s a shame that we just couldn’t quite manage to get through that initial phase because it could have been very different.”

Lyon, who finished with 4-91 for the second innings, had been stranded on 399 wickets since the series-deciding defeat to India in January at the same venue but wasted no time turning the contest on its head on Saturday.

In his second over, the shaven-headed 34-year-old deceived Malan (82) with a sharply-dipping ball that produced a bat-pad catch to Marnus Labuschagne in close.

That broke a crucial 162-run stand Malan had built with Root on day three that had frustrated Australia’s bowlers and stretched into a third session.

“The way I look at it, the next wicket is always the hardest to get. It doesn’t matter what number it is,” said Lyon.

“Amazing morning. It was incredible. Amazing crowd, and to tick off a personal milestone is fantastic but even better to top it off with a pretty outstanding win.”

England promptly lost three wickets for 11 runs with a fired-up Cameron Green having Root caught for 89, the England skipper denied a maiden hundred in Australia yet again.

Batsman Travis Head was named Man of the Match for his quickfire 152, which set up Australia’s first innings 425 in response to England’s paltry 147.

But Lyon also had a big claim for the award.

He had Ollie Pope caught for four by Steve Smith at slip with a ball that exploded out of the Gabba pitch to catch the middle-order batsman’s edge.

Ben Stokes and Jos Buttler combined for a 32-run partnership before Cummins intervened, squaring up Stokes with a short ball that sent an edge flying to Green in the gully.

Lyon nabbed his third wicket when Robinson top-edged an attempted reverse-sweep and then his fourth by bowling Wood.

Green completed England’s humiliation with his second wicket by having Chris Woakes caught behind for 16 to wrap up the innings.