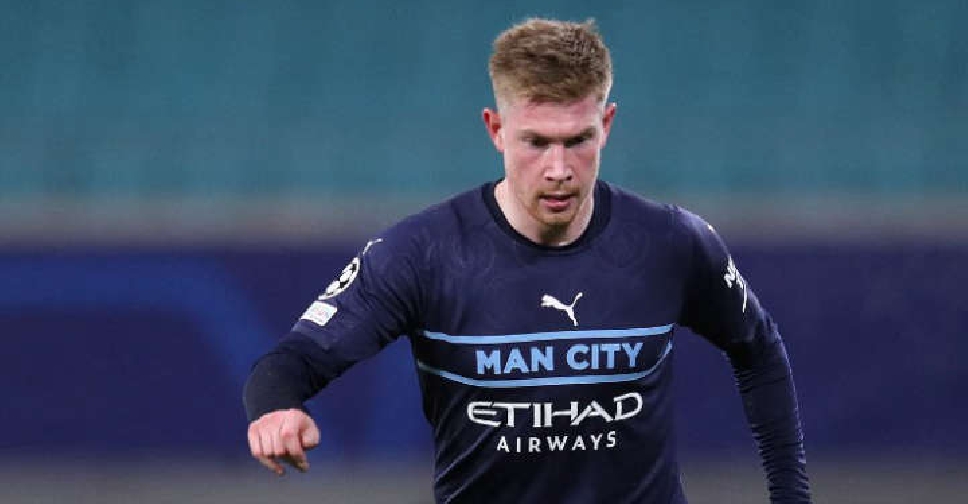 Manchester City manager Pep Guardiola said he was proud of his "brilliant" players after they thrashed Leeds United 7-0 in the Premier League on Tuesday and the Spaniard was particularly delighted with Kevin De Bruyne's return to form.

The Belgian scored twice for leaders City in their seventh straight league win, including a stunning strike for his second goal after the break.

After a season in which he has struggled to get back to full fitness and was hampered by a COVID-19 infection, the midfielder looked back to his very best.

"The last two or three days in training I said this guy is humble enough to accept he has to work," said Guardiola.

"He's phenomenal. We need him. He's so important for us," he added.

City lost this fixture last season and also drew away to Leeds and Guardiola, a big fan of his opposite number Marcelo Bielsa, said those results should be remembered as context.

"We lost five points to them last season. Everyone knows what it is (like) to play Leeds," he said.

"When you get these results it's because individually they (the players) are brilliant. We are proud of the way we're playing," he added.

De Bruyne said he hoped his difficulties were now behind him.

"Obviously, there's been a lot happening this year, a little bit out of my control so the only thing I can do is try to work hard and come back as quick as possible.

"It's unfortunate with everything that happened, at the time I was coming back in a good rhythm, I got Covid so it happened and now we're working hard to come back at a good level," he added.

City now have a four-point advantage over second-placed Liverpool and De Bruyne said an epic battle for the title awaits in the New Year.

"It's a hell of a competition but even outside of the top three it's very hard to win every game. You saw a lot of games - like Wolves, West Ham - where you win with one goal difference.

"It's still going to be a hell of a race this year but we are trying to be there and that's the only thing we can do."