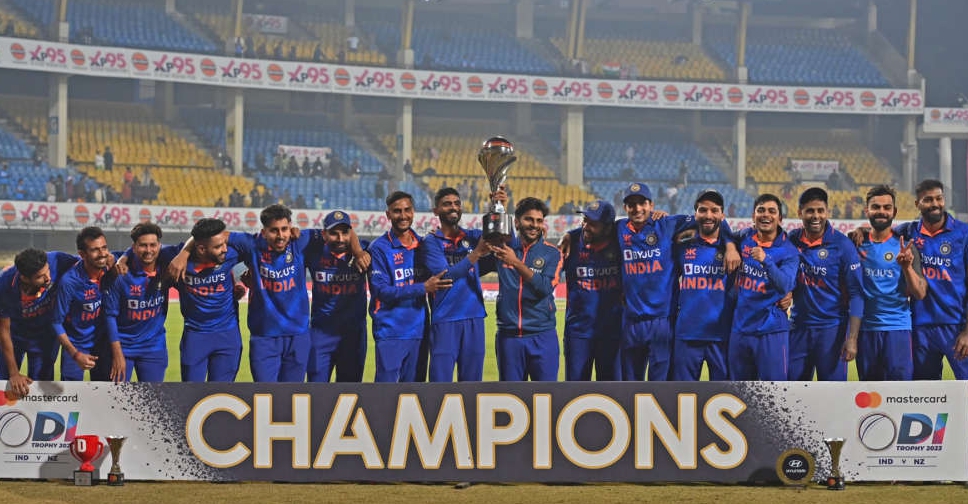 India captain Rohit Sharma and opener Shubman Gill each scored a century as they defeated New Zealand by 90 runs in the final one-day international in Indore on Tuesday, completing a 3-0 series sweep.

Gill made 112, six days after scoring a double ton in the first game, while Rohit hit 101 as the duo powered India to 385-9 after being put in to bat.

In response, New Zealand opener Devon Conway made 138 but the rest of his teammates produced an underwhelming batting performance as the visitors were bowled out with eight overs remaining.

India won the second ODI in Raipur by eight wickets, and the first in Hyderabad by 12 runs.

The teams will next compete in a three-match Twenty20 series, starting on Friday in Ranchi.