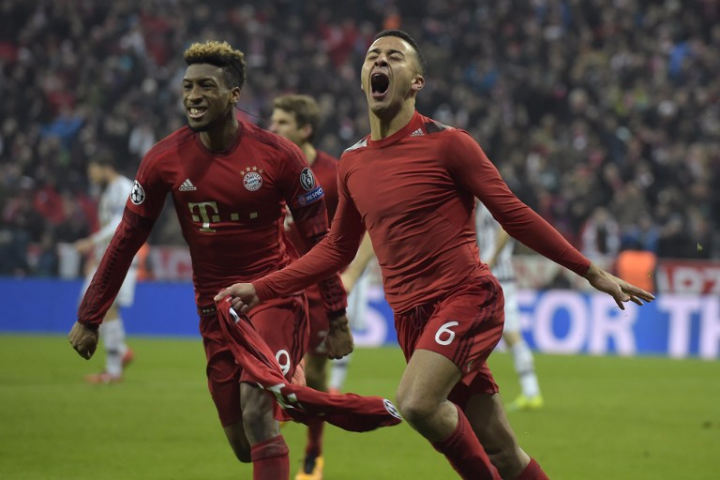 Bayern Munich are through to the quarter-finals of the Champions League, edging out Juventus 4-2 in a thrilling tie. After the first leg in Turin ended 2-2, Juve took the lead just five minutes in, after Manuel Neuer rushed out to block Stephan Lichtsteiner's shot, only for the ball to deflect to Paul Pogba who slotted into the empty net. Last year’s runners-up then doubled their lead on the night, and cancelled out Bayern’s away-goal advantage, in impressive fashion as Alvaro Morata beat a number of defenders before playing in Juan Cuadrado, who arrowed a shot into his near post. Robert Lewandowski's header pulled one back for Bayern on 73 minutes, and Thomas Muller took the game into extra-time in the last-minute. The German champions then completed the turnaround thanks to goals from substitutes Thiago and Coman, who’s on loan from Juve, to secure a 6-4 aggregate win. Meanwhile, Barcelona are also through to the last eight, after knocking out Arsenal. Neymar, Luis Suarez and Lionel Messi all scored as the holders won 3-1 on the night, with Mohamed Elneny getting a consolation for the Gunners. The five-time winners progressed 5-1 on aggregate, to join Bayern, Atletico, Benfica, Manchester City, Paris Saint Germain, Real Madrid and Wolfsburg in Friday’s quarter-final draw.