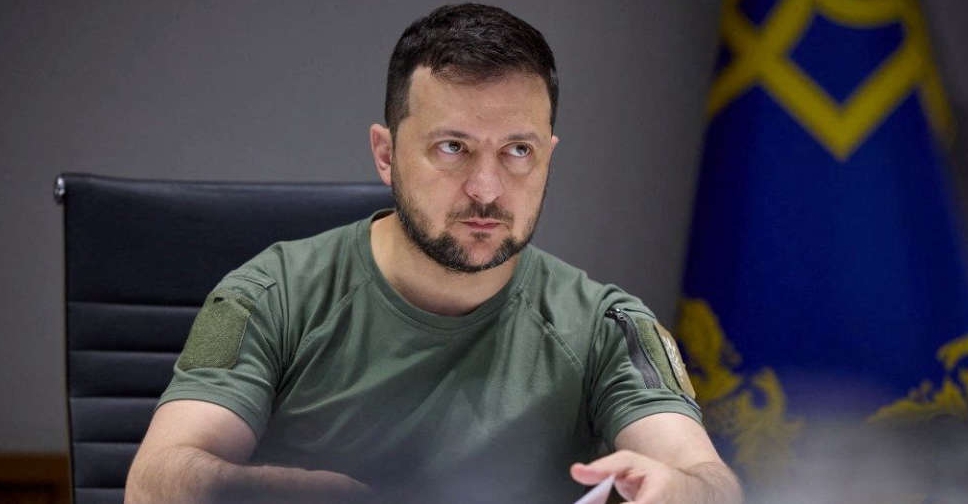 Zelenskiy blamed shelling on Thursday by Russia's military for fires in the ash pits of a nearby coal power station that disconnected the reactor complex, Europe's largest such facility, from the power grid. He said back-up diesel generators ensured power supply and keep the plant safe.

"If our station staff had not reacted after the blackout, then we would have already been forced to overcome the consequences of a radiation accident," he said in an evening address. "Russia has put Ukraine and all Europeans in a situation one step away from a radiation disaster."

International Atomic Energy Agency (IAEA) officials should be given access to the site within days, he said, "before the occupiers take the situation to the point of no return."

Ukrainian state nuclear company Energoatom said it had been the first complete disconnection in the plant's history. Electricity is used for cooling and safety systems.

Russia captured the plant in March and has controlled it since, although Ukrainian technicians still operate it.

Russia and Ukraine have accused each other of shelling the site, fuelling fears of a nuclear disaster.

Writing on Telegram, Vladimir Rogov, a Russian-appointed official in the occupied town of Enerhodar near the plant, said satellite photos showed the local forest in flames. He said towns in the area lost power for several hours on Thursday.

"This was caused by the disconnection of power lines from the Zaporizhzhia nuclear power station as a result of provocations by Zelenskiy's fighters," Rogov wrote. "The disconnection itself was triggered by a fire and short circuit on the power lines."

Nuclear experts have warned of the risk of damage to the plant's spent nuclear fuel pools or its reactors. Cuts in power needed to cool the pools could cause a disastrous meltdown.

The United Nations is seeking access to the plant and has called for the area to be demilitarised. IAEA officials are "very, very close" to being able to visit Zaporizhzhia, agency Director-General Rafael Grossi said on Thursday.

Ukraine's energy minister said agency officials could travel to the plant in the coming days.

"Definitely no later than the beginning of September," German Galushchenko told Reuters in Kyiv.

As the war entered its seventh month, Russia said its forces had struck a railway station in eastern Ukraine on Wednesday, confirming an attack which Kyiv said killed 25 civilians as the nation marked its Independence Day.

The Russian Defence Ministry said an Iskander missile hit a military train at Chaplyne station that was to deliver arms to Ukrainian forces in the eastern Donbas region.

Ukrainian officials said 21 people were killed when the station was hit and five train carriages went up in flames, and that a boy died when a missile struck his home nearby. The death toll rose to 25 on Thursday after three more bodies were retrieved from rubble, the officials said.

The Russian defence ministry said 200 Ukrainian military personnel were killed in the attack. Moscow denies targeting civilians and has said rail infrastructure is a legitimate target since it serves to supply Ukraine with Western weapons.

Reuters was unable independently to verify the reports.