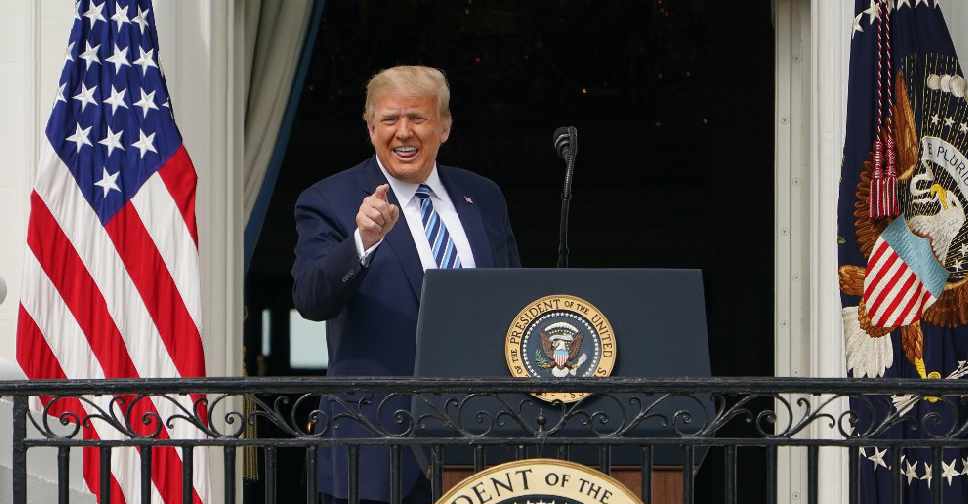 US President Donald Trump will try to put his bout with COVID-19 behind him when he returns to the campaign trail on Monday, beginning with a rally in the vital battleground state of Florida.

The event at an airport in Sanford, Florida, will be Trump's first campaign rally since he disclosed on October 2 that he tested positive for COVID-19. Trump, who spent three days in the hospital for treatment, said on Sunday he was fully recovered and no longer infectious, but did not say directly whether he had tested negative for the virus.

The Republican president is seeking to change the dynamics of a race that opinion polls show he is losing to Democratic rival Joe Biden just 21 days before Election Day.

For months, Trump had worked furiously to shift public attention away from the virus and his handling of the pandemic, which has infected nearly 7.7 million people in the US, killed more than 214,000 and put millions out of work.

But his own illness has put the spotlight squarely on his coronavirus response during the closing stretch of the race.

Biden, in a sign of fresh optimism as he leads Trump in national and many key state polls, heads on Monday to Ohio, a state Trump won by 8 percentage points in 2016. It is Biden's second campaign trip in as many weeks to Ohio, which was once thought out of reach but where polls now show a tight race.

Trump's rally in Florida, and planned rallies in Pennsylvania on Tuesday, Iowa on Wednesday and North Carolina on Thursday, will be watched closely to see whether the president has changed his approach to campaigning since contracting the virus.

He has been criticized for failing to encourage supporters at campaign events, and even White House staff, to wear protective masks and abide by social-distancing guidelines. At least 11 close Trump aides have tested positive for the coronavirus.

Trump, speaking from a White House balcony on Saturday, urged hundreds of largely Black and Latino supporters to help get out the vote. Standing alone, Trump was not wearing a mask as he spoke. Most in the crowd were wearing masks but not following social-distancing guidelines.

Asked on Saturday if Trump should be resuming rallies, Biden said it was important that he makes it clear to all those in attendance the importance of staying socially distanced and wearing masks.

"That's the only responsible thing to do," Biden told reporters.