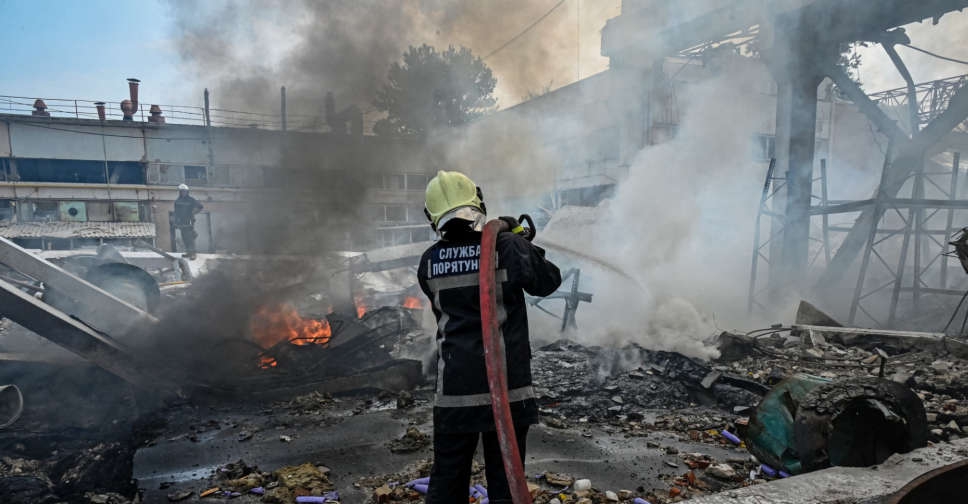 A Russian missile hit a residential area of a southern Ukrainian town not far from a nuclear power station on Saturday, wounding 12 civilians and heightening fears of a nuclear accident during the war in Ukraine.

Vitaliy Kim, governor of the Mykolaiv region, said on the Telegram messaging app that four children were among those wounded in an attack that damaged several private houses and a five-store apartment building in Voznesensk.

The town is about 30 km from the Pivdennoukrainsk Nuclear Power Plant (PNPP), the second largest in Ukraine.

The general prosecutor's office in the Mykolaiv region, updating an earlier toll, said 12 civilians had been wounded.

State-run Energoatom, which manages all four Ukrainian nuclear energy generators, described the attack on Voznesensk as "another act of Russian nuclear terrorism".

"It is possible that this missile was aimed specifically at the Pivdennoukrainsk Nuclear Power Plant, which the Russian military tried to seize back at the beginning of March," Energoatom said in a statement.

Russia did not immediately respond to the accusation. Reuters was unable immediately to verify the situation in Voznesensk. There were no reports of any damage to the Pivdennoukrainsk plant.

Ukrainian authorities have called on the United Nations and other international organisations to force Russian forces to leave another nuclear power station which has been occupied since soon after Russia invaded Ukraine on February 24.

The town of Enerhodar, where the Zaporizhzhia plant - Europe's largest - is located, has come under repeated shelling, with Moscow and Kyiv trading blame for the attacks.