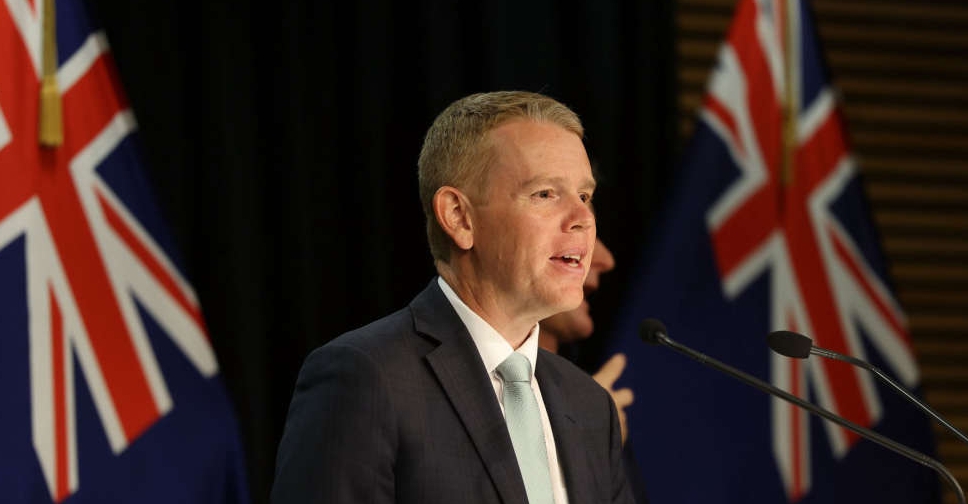 The Labour party elected former COVID-19 Response and Police minister Hipkins, 44, to lead the party and the country on Sunday.

Ardern, 42, resigned last week, saying she had "no more in the tank" to lead the country.

Hundreds gathered in the grounds of Parliament as Ardern left for the final time, hugging each of her members of parliament in turn, with many looking visibly emotional.

She then travelled to Government House, where she tendered her resignation to King Charles' representative in New Zealand, Governor General Cindy Kiro.

Hipkins and his deputy Carmel Sepuloni - the first person of Pacific Islander descent to hold the role - were then sworn in, in a ceremony lasting a few minutes.

Hours later, Hipkins met with journalists after his first cabinet meeting as Prime Minister. Bombarded with questions about the cost of living hours after fresh price data came in above analyst forecasts, Hipkins said he would make the issue central to his policy agenda.

However, he pushed back against announcing new policies immediately, saying he would make haste but not create policy “on the fly”.

“New Zealanders will absolutely see in the coming weeks and months that cost of living is right at the heart of our work programme,” he said.

“It is the number one priority that we are facing as a government and they will see tangible evidence of that. Obviously, I’m not going to make it up on the fly, as I’ve already indicated."

Hipkins said he would honour commitments already made for the current term of parliament.

Known as "Chippy", Hipkins is well-known to New Zealanders for his competence in tackling COVID-19, though he acknowledged some mistakes in handling the pandemic and faces a tough battle to retain power in an October general election.

A 1News-Kantar poll released in December had Labour's support falling to 33 per cent from 40 per cent at the start of 2022, meaning the party would not be able to form a majority even with traditional coalition partner the Green Party at 9 per cent. The opposition National Party has benefited from Labour's decline.