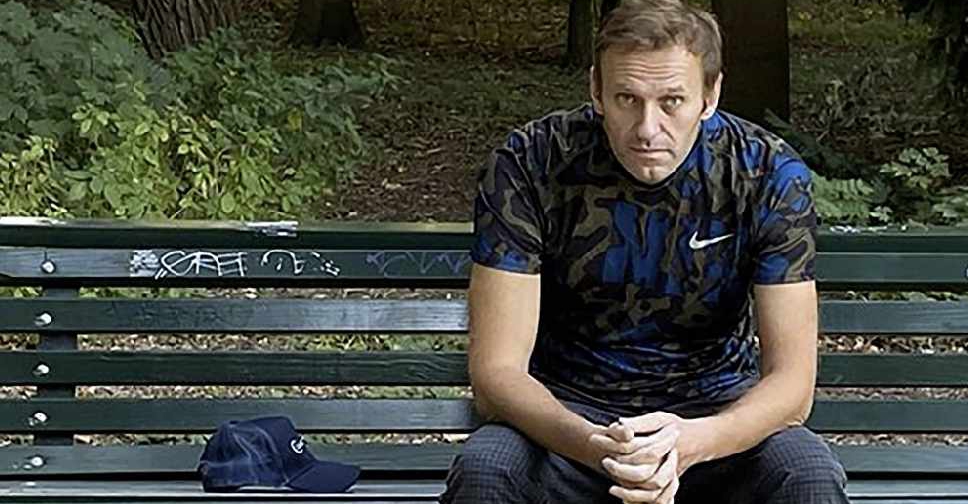 Kremlin critic Alexei Navalny said he believed Russia's intelligence services had poisoned him because authorities saw him as a threat ahead of next year's parliamentary elections.

"They understood that there were big, big problems threatening them ahead of elections for the State Duma," Navalny said in a YouTube interview with a Russian blogger, his first video appearance since being discharged from a Berlin hospital.

The outspoken critic of President Vladimir Putin emerged from a coma in early September after collapsing on a domestic flight in Siberia on August 20.

German doctors say he was poisoned with a Novichok nerve agent. Germany, France and other Western countries have demanded an explanation from the Kremlin for Navalny's illness.

The Kremlin has rejected any suggestion that Putin or the Russian authorities were responsible for Navalny's condition.

Navalny said he did not know how a Novichok nerve agent had got into his system, but that he could have touched something.

He said his recovery could take another two months. At one point in the interview, he held out his hand to show it shaking.

Navalny said he was undergoing physical therapy, but that his health had improved significantly and that doctors were surprised at the speed of his recovery.

Russia's parliamentary elections are due to take place in September, although some media reports have suggested they could be brought forward to next spring.