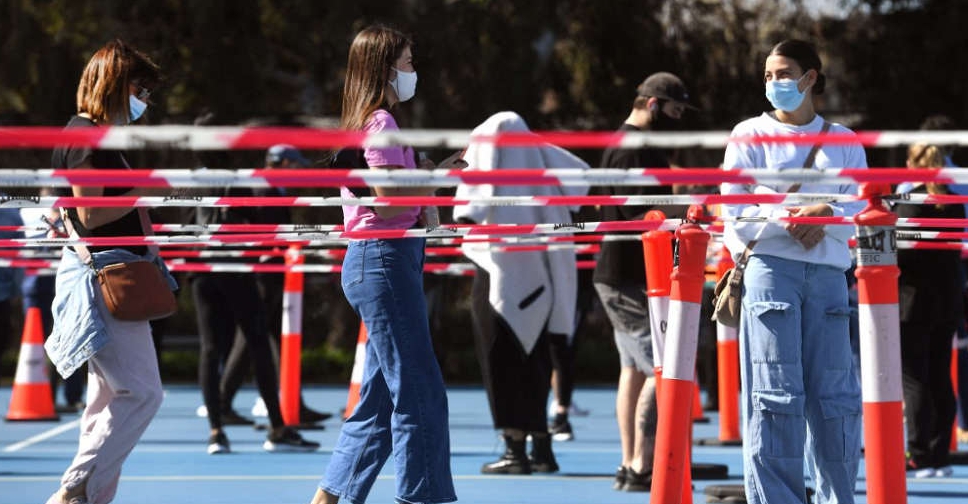 Australian authorities on Wednesday extended the COVID-19 lockdown in Melbourne for another three weeks, as they shift their focus to rapid vaccination drives and move away from a suppression strategy to bring cases down to zero.

Victorian Premier Daniel Andrews flagged a staggered easing of the tough restrictions once 70 per cent of the state's adult residents receive at least one dose, a milestone he hopes to reach at least by September 23, based on current vaccination rates.

"We have thrown everything at this, but it is now clear to us that we are not going to drive these numbers down, they are instead going to increase," Andrews told reporters in Melbourne, the state capital, after a lockdown for nearly a month failed to quell the outbreak. The lockdown was due to end on Thursday.

"We got to buy time to allow vaccinations to be undertaken all the while doing this very hard work, this very painful and difficult work, to keep a lid as much as we can on cases."

New local cases jumped to 120 in Victoria from 76 a day earlier. Of the new cases, 100 have spent time in the community while infectious.

Neighbouring New South Wales state, home to Sydney, on Wednesday brought forward its target date to fully vaccinate 70 per cent of people above 16 to the middle of next month from the initial target of the end of October, as outbreaks spurred a surge in inoculation.

"No matter where you live, life will be much, much better, much freer, as long as you're vaccinated at 70 per cent," Berejiklian told reporters. So far 37 per cent are fully vaccinated in the state, while 67 per cent have had at least one dose, slightly higher than the national numbers.

A total of 1,116 new cases were detected in New South Wales, down from 1,164 a day earlier. NSW reported four new deaths taking the total number of deaths in the latest outbreak to 100.