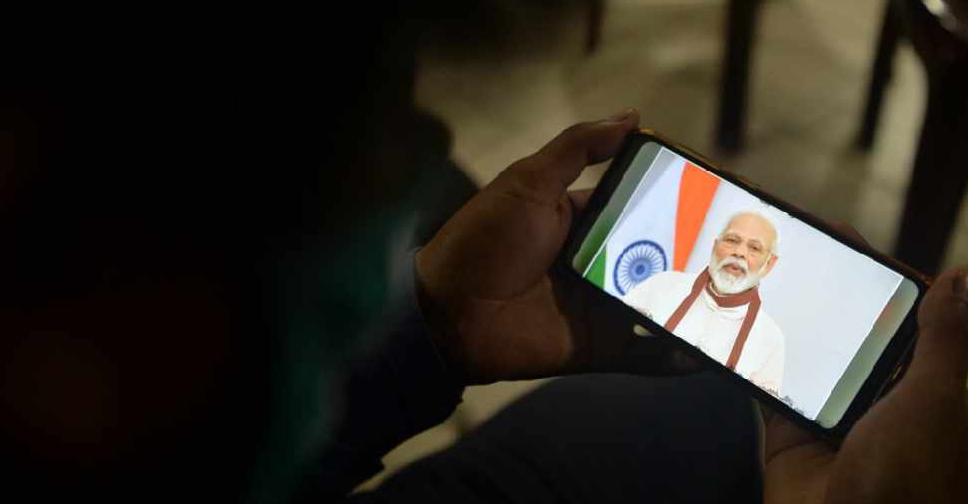 Other politicians including Congress party's Rahul Gandhi also attended big rallies in the eastern state of Bihar, where local elections start in phases from next week, with many unmasked participants trying to get a glimpse of the leaders.

India has been among the worst hit by the coronavirus, with the second-highest amount of cases globally, and experts worry big gatherings like the political rallies could trigger a fresh spike in cases.

"I want to congratulate the people of Bihar for fighting a disaster like corona so well... the situation in some of the richest countries in the world is not hidden from anyone," Modi said at the first of the three rallies scheduled in the state.

The 70-year-old, who has himself highlighted the importance of social distancing, took off his mask before addressing a crowd from a high platform.

India reported 54,366 new cases in the past 24 hours, taking the total to 7.8 million. It has the highest number of reported infections after the United States but the rise in cases has slowed since reaching a peak on September 17.

A government panel has warned, however, that if precautions like wearing masks and social distancing are not followed around India, cases could spike by up to 2.6 million in just a month.

"There is some evidence that large gatherings cause rapid spread," the government-appointed panel of scientists, virologists and other experts said earlier this week.