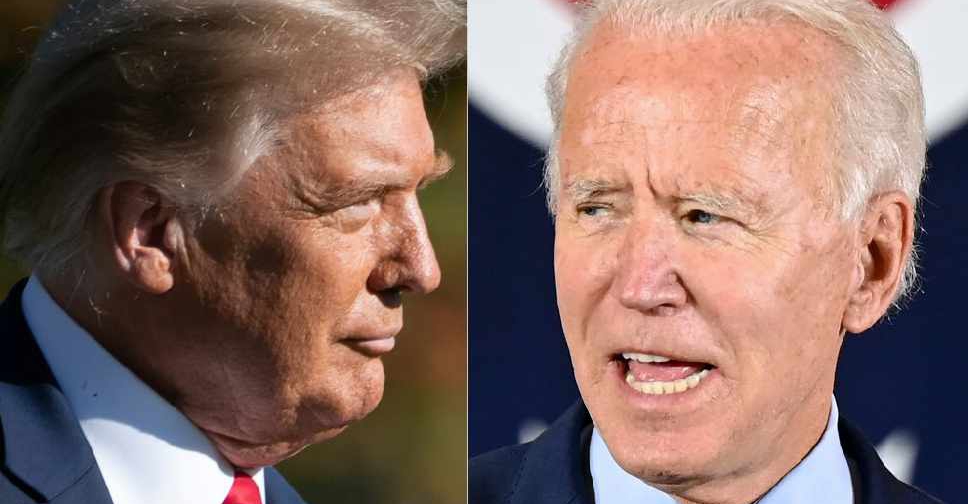 The final debate between President Donald Trump and Democratic rival Joe Biden will feature a mute button to allow each candidate to speak uninterrupted, organisers said on Monday.

The Trump campaign voiced objections to the change - made after the president repeatedly talked over both Biden and the moderator at last month's debate in violation of its agreed-upon rules - but said the Republican would still take part in the Thursday night event, one of his last chances to reach a large prime-time audience before voting ends on November 3.

The Presidential Commission on Debates said each candidate's microphone at the debate in Nashville, Tennessee, would be silenced to allow the other to make two minutes of opening remarks at the beginning of each 15-minute segment of the debate. Both microphones will be turned on to allow a back-and-forth after that time.

"President Trump is committed to debating Joe Biden regardless of last-minute rule changes from the biased commission in their latest attempt to provide an advantage to their favoured candidate," campaign manager Bill Stepien said.

The Biden campaign did not immediately respond to a request for comment.

More than 30 million Americans have already cast their ballots, limiting Trump's chances of reframing a contest that national and state opinion polls show him trailing.

Trump repeatedly interrupted Biden during a chaotic and ill-tempered debate on September 29, at one point provoking Biden to snap: "Will you shut up, man?"