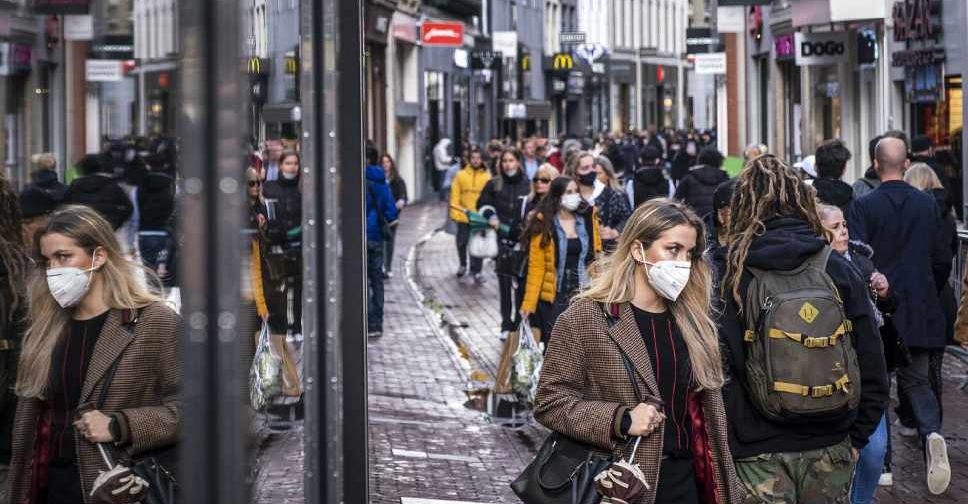 A new round of social restrictions will be announced by the Dutch government on Tuesday evening, as the Netherlands battles to control the coronavirus in one of Europe's major hotspots.

The number of cases in the country of 17 million has surged in recent weeks to a daily record of nearly 7,000 on Monday. It now has one of the highest per capita infection rates worldwide.

Prime Minister Mark Rutte's government has been loath to re-impose tougher restrictions that could hurt a fragile economic recovery, but has come under pressure from health experts to take action to prevent overloading the healthcare system.

Rutte and Health Minister Hugo de Jonge, who have both warned restrictions would follow if conditions did not improve, are scheduled to give a televised news conference at 1900 local time.

While many of its European neighbours imposed compulsory restrictions, the Dutch have largely stuck to recommended guidelines, including on mask-wearing and travel.

Among the most severe measures expected to be announced on Tuesday evening are the closure of cafes and restaurants and an evening ban on alcohol sales, national broadcaster NOS reported, citing government sources.

Team sports for people aged over 18 will be halted, using public transport limited to essential travel only and home gatherings restricted to three people per household, the NOS report said.

The measures will be imposed for an initial period of two weeks, the NOS said.