Beluga whale that strayed into River Seine dies during rescue 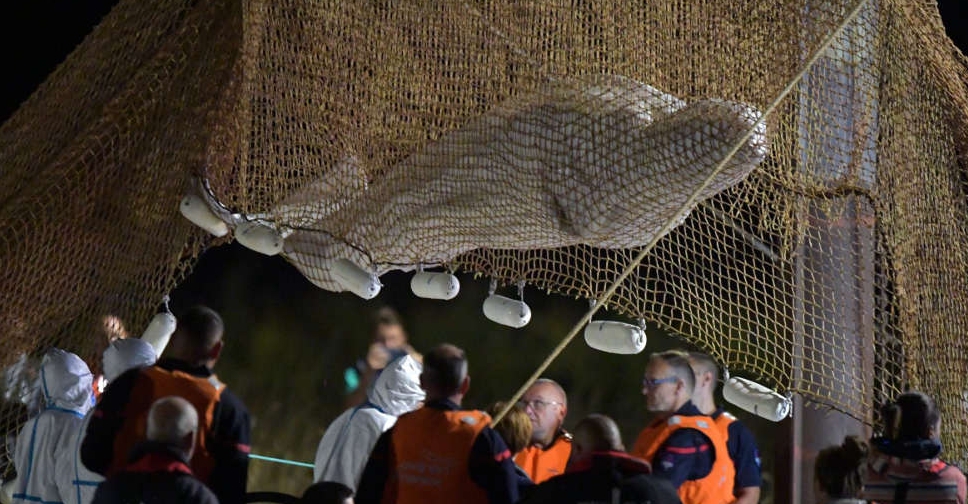 An ailing beluga whale that strayed into the River Seine died on Wednesday during an attempt to return it to the sea off northern France, authorities said.

Rescuers overnight used a crane to lift the whale from the river. It was checked over by vets before being placed in a refrigerated truck for a road journey of more than 160 km to the channel port of Ouistreham.

"Despite an unprecedented rescue operation, it is with sadness that we announce the cetacean's death," said authorities in Calvados, the prefecture where the port is located.

A fire department vet said the beluga was euthanised while being transported after it developed breathing complications.

The plan had been to move the whale to a saltwater basin in the hope it might recover some strength before being transferred to the sea.

The rescue attempt had been a risky venture for the beluga but marine conservation group Sea Shepherd France had said the malnourished whale would not survive in the warm, freshwater river environment.

After its removal from the Seine, officials had warned of the animal's poor health.

"The veterinarians are not necessarily optimistic," Isabelle Dorliat-Pouzet, a senior official from the Eure prefecture, told BFM TV earlier.

"It's horribly thin for a beluga and that does not bode well for its life expectancy in the medium term."

In late May, a gravely ill orca swam dozens of miles up the Seine and died of natural causes after attempts to guide it back to sea failed.

In September 2018, a beluga was spotted in the River Thames east of London, in what was then the most southerly sighting of a beluga on British shores.