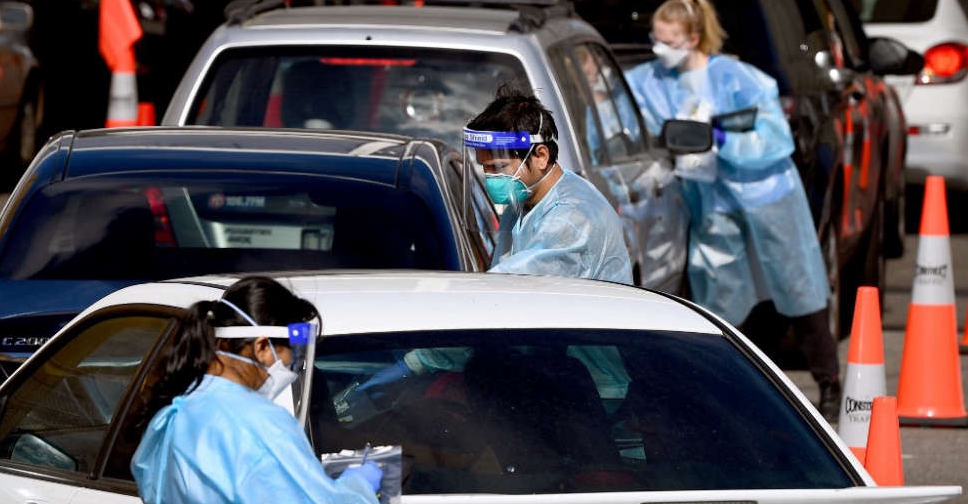 Australia reported 1,684 new cases of the coronavirus on Sunday as authorities race ahead with vaccinations in a bid to end lockdowns on the populous southeast coast in the hope of making Christmas as close to normal as possible.

More than 15 million people in Victoria state, neighbouring New South Wales and the Australian Capital Territory have been under stay-at-home orders as officials struggle to quell Australia's worst wave of the coronavirus infections, driven by the Delta variant.

New South Wales reported 1,485 cases of Delta and three further deaths on Sunday. Victoria had 183 new cases, while the Australian Capital Territory had 15. There was also one new infection reported in Queensland, which is not under a lockdown.

The lockdowns, which keep borders between states and territories closed, are part of a federally advised strategy to manage the outbreaks until at least 70 per cent of those aged 16 and older get fully vaccinated.

The plan envisages that Australia might start reopening its international border, closed since March 2020, when 80 per cent of people get their shots.

Only about 37 per cent of eligible people have been vaccinated nationwide, due to the scarce supply of the Pfizer vaccine and public unease about the AstraZeneca shot. The pace has picked up considerably with the federal government racing to secure more Pfizer shots.

Based on current rates, the 70 per cent target may be achieved in late October of early November.

Prime Minister Scott Morrison reiterated that the Delta outbreak could not be fully eliminated - a successful strategy used by states and territories in earlier waves - but that achieving the vaccination targets could open up interstate travel.

"And everyone can make plans for a family Christmas, with all our loved ones at the dinner table, cracking bon-bons and bad jokes together," Morrison told the Sunday Herald Sun.

"Nobody wants COVID to be the virus that stole Christmas, and we have a plan and the vaccinations available to ensure that's not the case."

Australia has recorded just under 62,000 COVID-19 cases and 1,040 deaths, far fewer than many other countries.