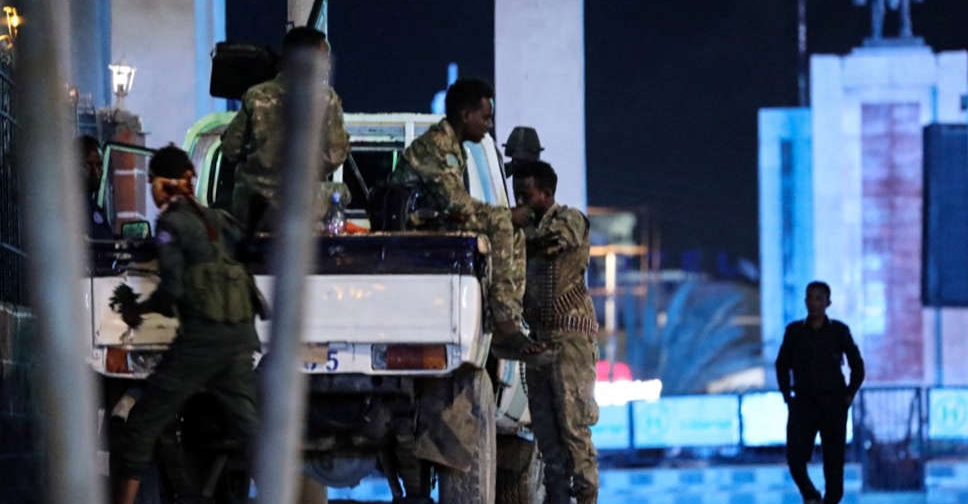 At least 12 people have been killed in Somalia's capital Mogadishu after al Qaeda-linked militants attacked a hotel, seizing hostages that authorities were battling to free nearly 20 hours later.

The attackers blasted their way into the Hayat Hotel on Friday evening with two car bombs before opening fire.

"So far we have confirmed 12 people, mostly civilians, died," Mohammed, an intelligence officer who only gave one name, told Reuters.

The gunmen were holding an unknown number of hostages on the second floor of the facility, Mohammed said, preventing authorities from using heavy weapons.

They had also boombed out the stairs to make it harder to access certain floors, he said.

The detonations sent huge plumes of smoke over the busy junction on Friday night, and the sound of gunfire still crackled across the capital by 0700 GMT on Saturday.

Sounds of explosions punctuated the night as government forces tried to wrest control of the hotel back from the militants, witnesses said.

Large sections of the hotel were destroyed by the fighting, they said.

Friday's attack was the first major attack since President Hassan Sheikh Mohamud took office in May.