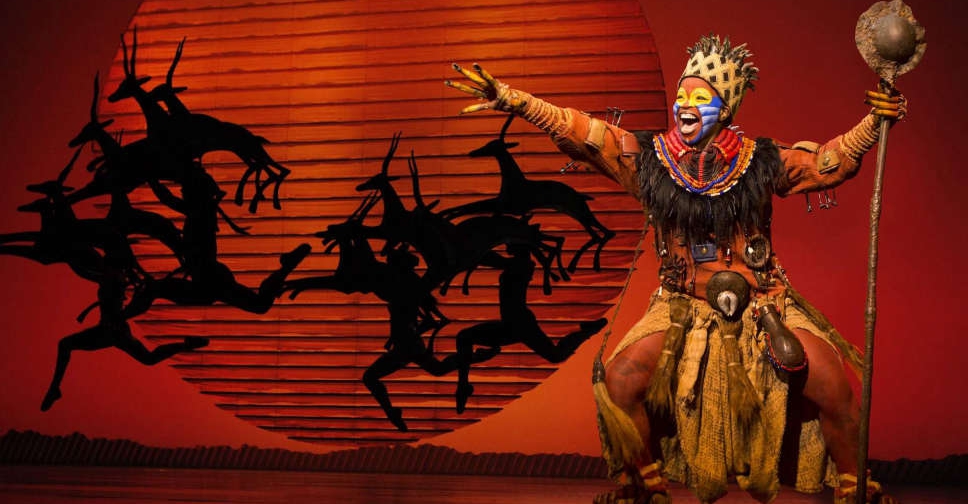 'The Lion King' will make its Middle East debut, opening at Etihad Arena on November 16.

The award winning musical, now in its 25th year, will run until December 10.

Featuring songs such as Hakuna Matata, Circle of Life and Can You Feel the Love Tonight, The Lion King is the most popular stage musical in the world. Since its Broadway premiere in 1997, it has been watched by more than 110 million people in over 100 cities across 21 countries.

Winner of more than 70 global theatrical awards – including six Tony awards, a Grammy for Best Musical Show Album, and Laurence Olivier Awards for Best Choreography and Costume Design – the show will run on weekdays and weekends with two performances per day on Saturdays and Sundays, in special configuration within Etihad Arena to ensure an intimate, theatre-like experience.

"Director Julie Taymor and her extraordinary creative team first brought The Lion King to the stage in a stunning production 25 years ago, and this production brings that vision to thrilling life at every performance," said Thomas Schumacher, President & Producer Disney Theatrical Productions. "It’s a joy to bring The Lion King to the Middle East for the first time in the show’s history. We cannot wait for you to join us in Abu Dhabi."

Chafic Najia, Senior Vice President, The Walt Disney Company Middle East and North Africa, hinted that "there’s something for everyone in the family and we can’t wait to share it with you".

Saleh Mohamed Saleh Al Geziry, Director General of Tourism at DCT Abu Dhabi, said he's excited to be "welcoming Disney fans and families from across the region to witness these unmissable, riveting performances at the Etihad Arena".

In collaboration with Miral and Proactiv, we’re bringing the award-winning musical The Lion King to Abu Dhabi for its Middle East debut. Theatre fans will have an unprecedented opportunity to enjoy the live production, from 16 Nov to 10 Dec at @etihadarena_ae #inAbuDhabi. pic.twitter.com/QAquHKhEQ1