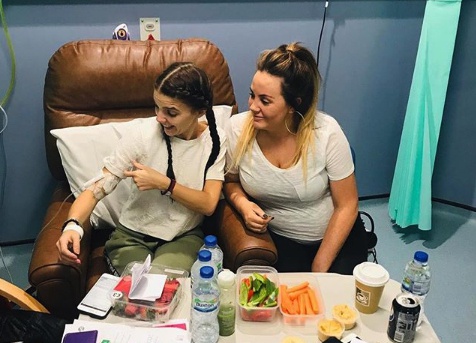 Only a couple of months ago, while living in Dubai, Amelia Grace headed to the doctors after suffering with a severe stomach pain. After numerous tests, on the 19th December, Amelia was told by doctors that she had cancer in the ovaries.

After further tests back in the UK Amelia was told that the cancer had spread to her stomach, bowel and pelvis, with doctors saying she only had months to live.

What hasn't changed since Amelia's diagnosis, is her positivity and motivation to educate others about the illness. You can support Amelia and her family here

Watch the full interview below:

After a severe stomach ache Amelia Grace headed to the doctor for some tests to find out that she had ovarian cancer. We spoke to Amelia to share her story and spread awarness, you can support her by following her Instagram @cancerinconverse ✨