H.H. Sheikh Mohamed holds talks with US Secretary of State 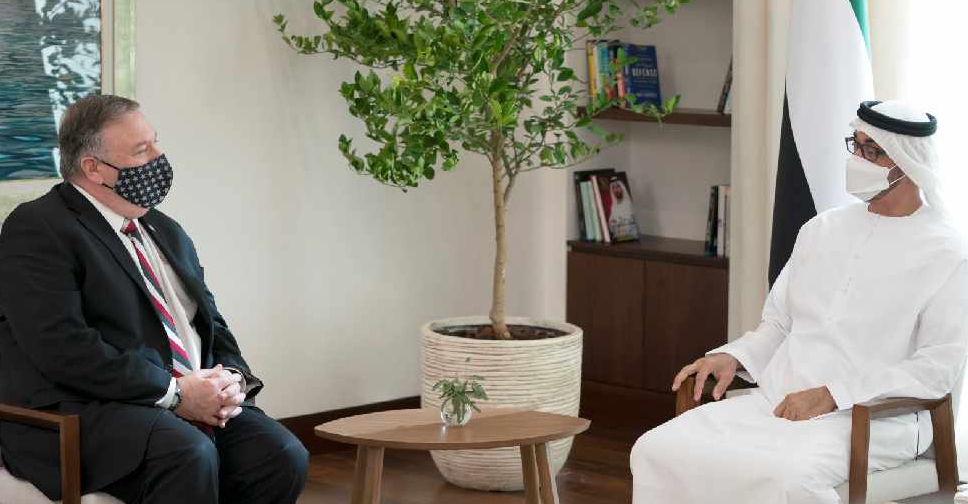 His Highness Sheikh Mohamed bin Zayed Al Nahyan, Crown Prince of Abu Dhabi and Deputy Supreme Commander of the UAE Armed Forces, has been meeting the US Secretary of State, Mike Pompeo, in Abu Dhabi.

His Highness and Pompeo discussed the Abraham Peace Accord and its importance in opening up a new phase for relations and cooperation in the Middle East.

They exchanged views on developments in the Arabian Gulf and the Middle East, moves aimed at settling regional crises, and containing tensions through dialogue and diplomatic means.

In addition, they discussed joint action to support the foundations of regional peace and stability as well as the dangers of extremism, terrorism, hate speech and incitement, and the need for effective international action.

The meeting also dealt with the results of the US-UAE Strategic Dialogue launched in October, its role in promoting understanding between the two countries and deepening bilateral relations.