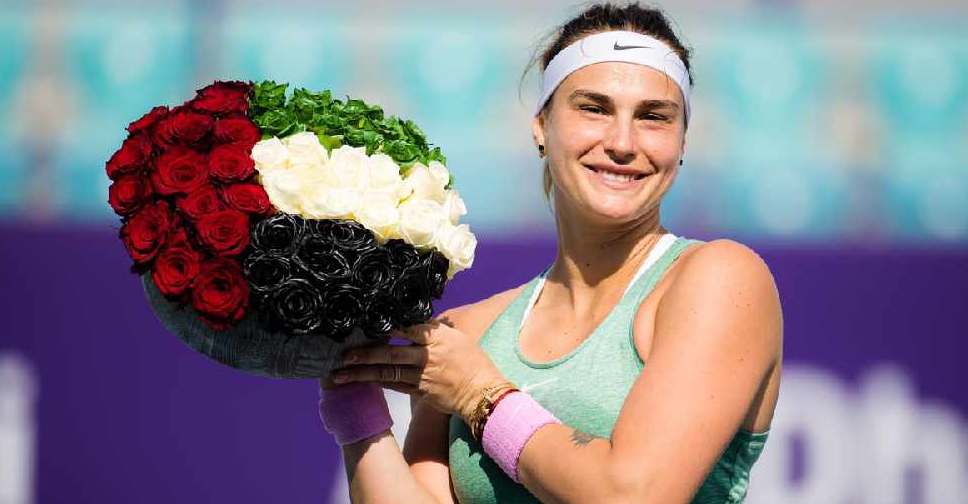 Belarusian Aryna Sabalenka made a strong start to her 2021 season by clinching the WTA 500 event in Abu Dhabi on Wednesday.

She registered a comfortable 6-2, 6-2 victory over Veronika Kudermetova of Russia to extend her winning streak to 15 matches.

After finishing 2020 with trophies at Ostrava and Linz, Sabalenka started her new campaign in the same vein in Abu Dhabi and will rise three spots to a career-best world number seven when the WTA rankings are updated on Monday.

"I am really proud of the fact that I was fighting no matter what," the 22-year-old told reporters.

"Some matches I did not feel my serve, some matches backhand, forehand. But I was like 'just keep fighting'. That's why I am really proud of and happy with this title."

It was the ninth title overall for the fourth-seeded Sabalenka, who now heads to Melbourne for the first Grand Slam of the year at the Australian Open next month.

In Melbourne, she will have to complete a mandatory 14-day quarantine before the warmup events start from January 31 ahead of the Australian Open.

With her powerful groundstrokes and all-round game, Sabalenka will be considered a dark horse at the February 8-21 Grand Slam at Melbourne Park.

"I will keep improving my game, keep working on some things," Sabalenka said.

"It's not about just staying in shape, there's always something to work on and to improve. As soon as you stop working on improving your game, you will start losing."

Sabalenka broke her opponent's serve six times during Wednesday's final and was particularly pleased with her return game during the tournament.

"My biggest dream is to win a Grand Slam. I think we all have the same dream, so nothing really special," Sabalenka said with a smile.