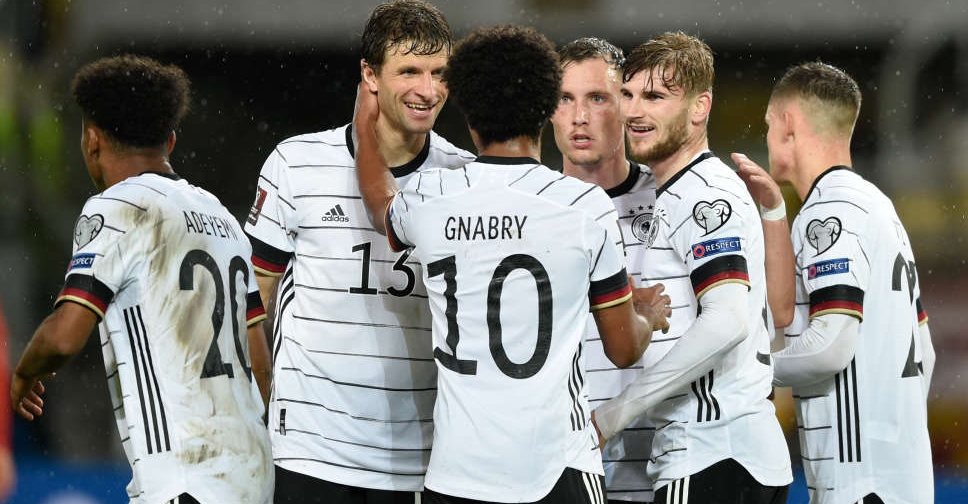 Germany are on the right track ahead of next year's World Cup in Qatar after on Monday becoming the first European nation to qualify, but the players know there is still considerable work to be done to reach world class level.

The four-time world champions crushed North Macedonia 4-0 to secure top spot in Group J with two games left to play, as they look to make amends for their shock 2018 World Cup first-round exit and their Round of 16 elimination at this year's Euros.

"We should keep our sights low at the moment," midfielder Leon Goretzka said. "There were a lot of things also in today's game that we need to be better.

"We have the quality but we also have to grow together as a team and we have to use every available training session to do that. We are on the right track but still have work to do."

Flick, who took over in September following his successful stint at Bayern Munich, seems to have found the right mix of youth and experience, with veteran Thomas Mueller indispensable once more after having been dropped by Loew for two years.

They have scored 18 goals and conceded four in their last five matches. Although their opponents - Liechtenstein, Armenia, Romania, Iceland and North Macedonia - have been far from European heavyweights, they are raising the fans' expectations.

"The last few games have shown what kind of quality there is in our team," goalscorer Kai Havertz said. "Especially after the Euro - that was bitter for us - we wanted to qualify quickly.

"That (run of wins) gives us a lot of confidence but we have a long road ahead of us."

The Germans still look vulnerable at the back, especially against quick breaks, while lacking some precision up front.

"When you play for Germany then it is about winning titles and reaching the highest peak," Havertz added.

"That is how we will arrive there at the World Cup next year but we have a lot of work before us. We will do everything so that in the coming year we prepare well for it."