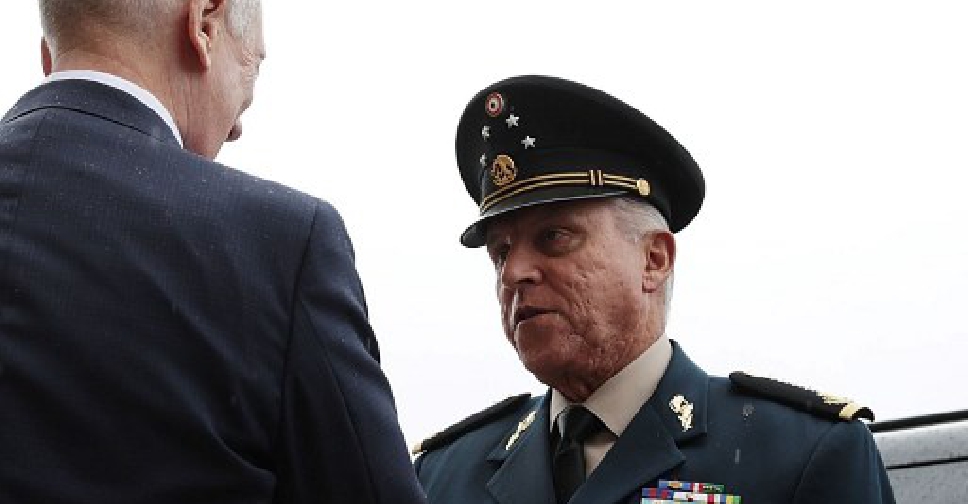 The U.S. Department of Justice (DOJ) said it is "deeply disappointed" by Mexico's decision to close its investigation of ex-Defense Minister Salvador Cienfuegos, after the Mexican attorney general decided not to press charges.

On Friday, on Lopez Obrador's instructions, the foreign ministry tweeted the link to a 751-page document that included detailed logs of alleged Blackberry communications.

Mexico's foreign ministry declined to comment on the DOJ's statement.

Lopez Obrador said he ordered the whole archive of documents released to the public because he wanted "complete transparency."

Late on Saturday, Mexico released another massive cache of documents online relating to the case. The files comprised thousands of pages, though many of them were heavily redacted.

It was not immediately clear what evidence was in the communications to show wrongdoing by Cienfuegos, however.

"Those conversations are not a smoking gun against Cienfuegos. But are they completely exculpatory? I don't think so either," said Mexican security analyst Alejandro Hope.

Hope said there was likely more evidence that was not included in the data dump.

John Ackerman, a doctor in constitutional law at the National Autonomous University of Mexico and vocal supporter of Lopez Obrador, was more critical.

"I will never defend Cienfuegos. The army committed all kinds of atrocities during the administration of Enrique Pena Nieto, but the DEA's 'evidence' is frankly a joke," Ackerman said on Twitter, suggesting the Blackberry messages were "written by a third- or fourth-rate narco or soldier."

The situation could put other probes and court cases in which Mexico needs U.S. collaboration at risk.

"Now they have created a major, major source of friction with the U.S., and that could really hobble not only this investigation but other investigations that President (Lopez Obrador) is really keen on," said Hope.

Cienfuegos, who was minister from 2012 to 2018 during the government of former President Pena Nieto, was arrested in October at Los Angeles airport on charges he worked with a powerful drug cartel.

U.S. prosecutors later dropped the case and returned him to Mexico to be prosecuted, with Lopez Obrador's administration vowing a thorough investigation of the case.

On Thursday, less than two months after Cienfuegos' return from the United States, Mexico's attorney general office concluded that he had no contact with members of the criminal organization and said it will not pursue criminal charges.

The DOJ spokesperson said the department "fully stands by its investigation and charges in this matter," that the documents show the case against Cienfuegos was not fabricated, and the information was lawfully gathered in the United States through a proper U.S. court order, in full respect of Mexico's sovereignty.

"A U.S. federal grand jury analyzed that material and other evidence and concluded that criminal charges against Cienfuegos were supported by the evidence."