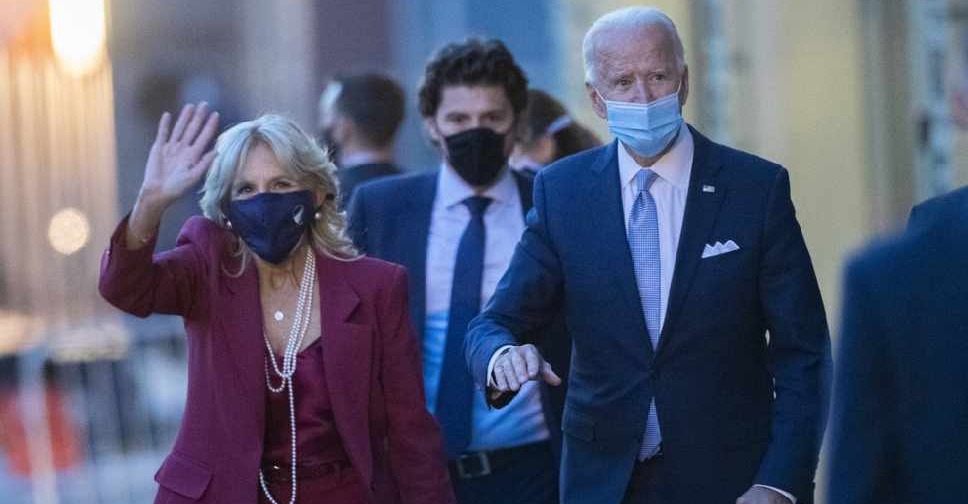 President-elect Joe Biden said the US will be "ready to lead" again on the global stage, turning the page on Republican President Donald Trump's "America First" policies.

Introducing his foreign policy and national security team, the Democratic former vice president signalled he intended after taking office on January 20 to steer the US away from the unilateralist nationalism pursued by Trump.

Biden also signalled that two former, more liberal, rivals for the Democratic presidential nomination, Senators Bernie Sanders and Elizabeth Warren, were not under consideration for Cabinet appointments, saying he needed their votes in the closely divided Senate.

Trump over four years unsettled many US allies, in Europe and elsewhere, with an antagonistic approach toward the NATO alliance and trade relations, abandonment of international agreements and warm relationships with authoritarian leaders.

Biden said his team, which includes trusted aide Antony Blinken as his nominee for US Secretary of State, would shed what the president-elect described as "old thinking and unchanged habits" in its approach to foreign relations.

"It's a team that reflects the fact that America is back, ready to lead the world, not retreat from it, once again sit at the head of the table, ready to confront our adversaries and not reject our allies, ready to stand up for our values," Biden said at the event in his hometown of Wilmington, Delaware.

US foreign policy under a Biden administration is likely to take more of a multilateral and diplomatic approach aimed at repairing Washington's relationships with key allies and pursuing new paths on issues such as climate change.

His promise to embrace alliances, including in the Asia-Pacific region, follows a deterioration in bilateral ties between the US and China, the world's top two economies, that has triggered comparisons with the Cold War.

This final year of Trump's administration was marked by frequent China-bashing as the two powers sparred over China's handling of the coronavirus pandemic, deteriorating freedoms in Hong Kong and territorial issues in the South China Sea.

Trump has told allies he plans to pardon his former national security adviser Michael Flynn, who had pleaded guilty to lying to the FBI during the investigation into Russian meddling in the 2016 presidential election, a source familiar with the situation said on Tuesday.

The source said Trump could still change his mind on the planned pardon, which was first reported by Axios.

Biden has moved swiftly to assemble his team and make Cabinet choices after defeating Trump, who has waged a flailing legal battle to try to overturn the results, falsely claiming the election was stolen through widespread voting fraud.

Biden said his team had been able to begin coordinating with the Trump administration on national security, the coronavirus pandemic and vaccine distribution plans since it got the green light on Monday for formal transition efforts.

"We're going to not be so far behind the curve as we thought we might be in the past," Biden said in an interview with NBC News. "There's a lot of immediate discussion, and I must say, the outreach has been sincere."

Critics have said Trump's refusal to accept the results undercut the incoming administration's ability to combat the intensifying coronavirus pandemic that has killed about 259,000 Americans and thrown millions out of work.

The White House on Tuesday gave the go-ahead for Biden to start receiving the president's daily intelligence briefing. Biden said he had not gotten one yet but expected it regularly.

Asked by NBC about possibly nominating Sanders or Warren to his Cabinet, Biden said nothing was off the table but signalled they might be more needed in the Senate, where the party in power will govern by a razor-thin margin.