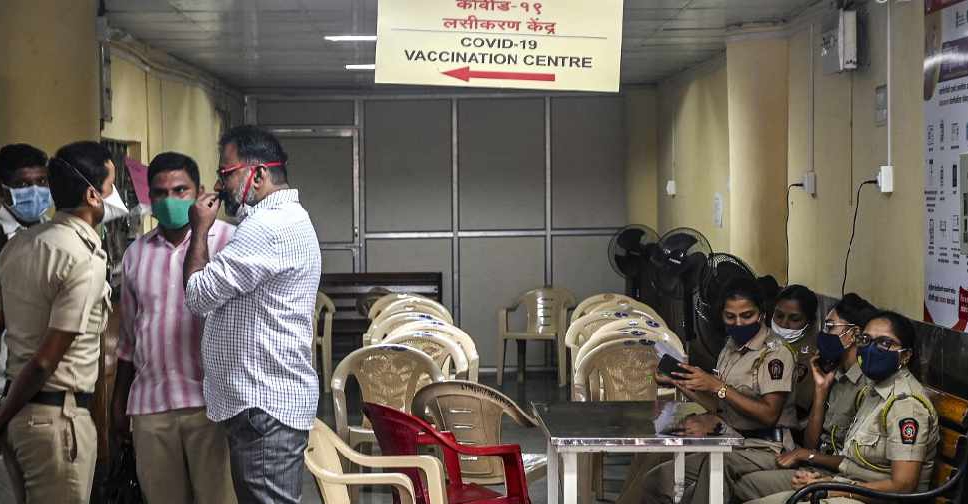 India reported a record 126,789 COVID-19 cases as several states struggle to contain a second surge in infections, complaining of vaccine shortages and demanding inoculations be expanded to younger people.

Daily infections, which surpassed 100,000 for the first time on Monday, have now exceeded that mark three times, the biggest daily rises in the world.

The spike, much faster than last year's first wave, has caught the authorities by surprise. The government blames the resurgence mainly on crowding and a reluctance to wear masks as shops and offices have reopened.

With 12.9 million cases, India is the third-worst affected country, trailing the United States and Brazil. Deaths rose by 685 - the most in five days - to 166,862, data from the health ministry showed.

Vaccine centres in several states, including hardest-hit Maharashtra, have been shutting early and turning people away as supplies run out. Odisha state said it had closed half its vaccination sites.

"Due to a shortage of vaccines, we are suspending vaccination at government and private hospitals until supplies become available," said municipal authorities in the city of Panvel near India's financial capital Mumbai in Maharashtra.

Vaccination centres were also shut in Satara district in the state since Wednesday, said Vinay Gowda, a senior government official.

The federal government denied there was any shortage for the prioritised group of recipients - those aged above 45 years and front-line workers - accusing states of spreading panic.

Opposition parties have blamed the government of Prime Minister Narendra Modi for exporting tens of millions of vaccine doses while itself covering only a fraction of India's 1.35 billion people. India is the world's biggest vaccine maker.

"Why was there no strategy or planning put into the logistics of the vaccine programme?" the main opposition Congress party said on Twitter. "Why is there both extremely high wastage & an acute shortage of vaccines?."

The Serum Institute of India, which has supplied about 90% of the 88 million vaccine doses administered in the country, has sought a federal grant of 30 billion rupees ($400 million) to increase its capacity to make the AstraZeneca shot.

India is also using a homegrown vaccine developed by a government institute and Bharat Biotech, which is struggling to boost its output.