Rita Ora and Kygo team up for an amazing new music called Carry On, which is the first single released from the much-hyped Detective Pikachu soundtrack.

Rita Ora is one of the singers who is always working on her music.  The track arrives alongside an Ora-starring visual, in which the syrupy songstress sweeps across the screen in a Pikachu yellow trench coat. Shots of a dancing Ora flash between scenes from the actual feature film that's coming out soon, while Kygo’s redemptive piano melodies flutter about. Fittingly, Ora portrays the role of Dr. Ann Laurent in the movie itself

Watch what we are talking about below:

And that was Rita Ora's announcement: 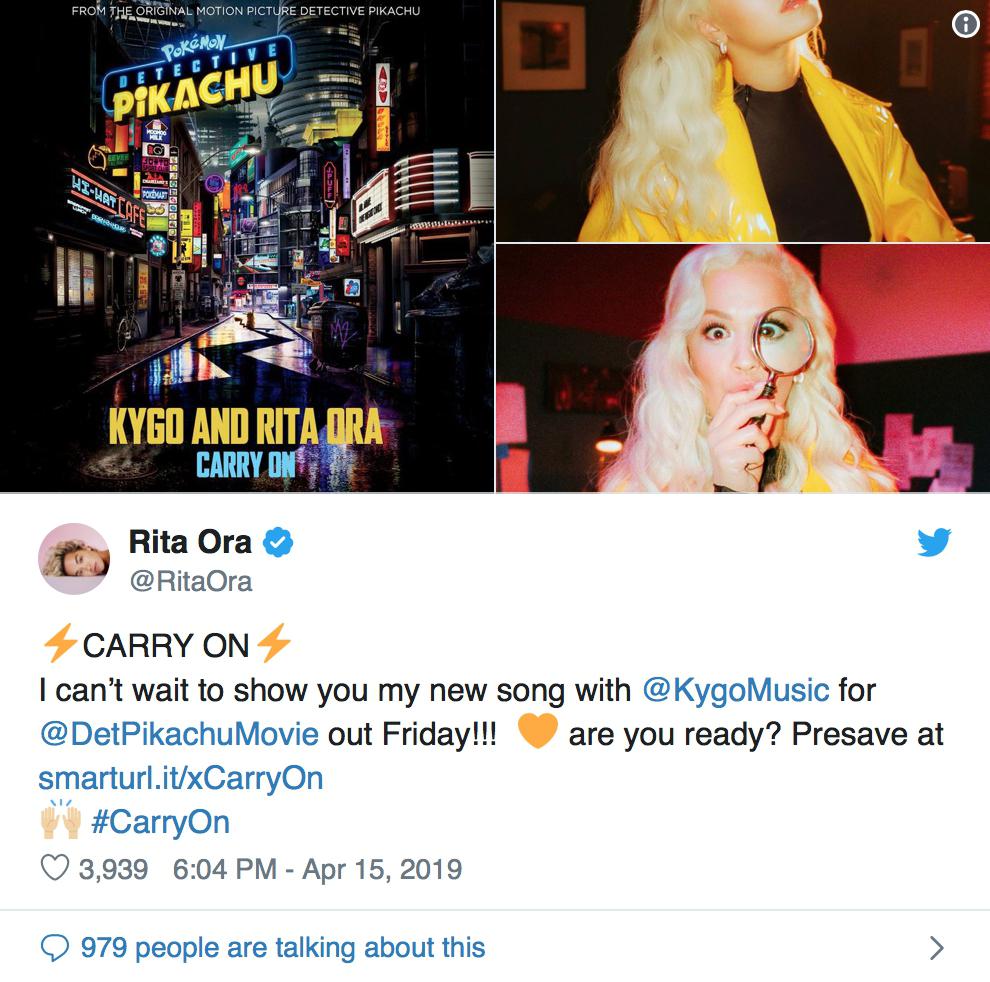